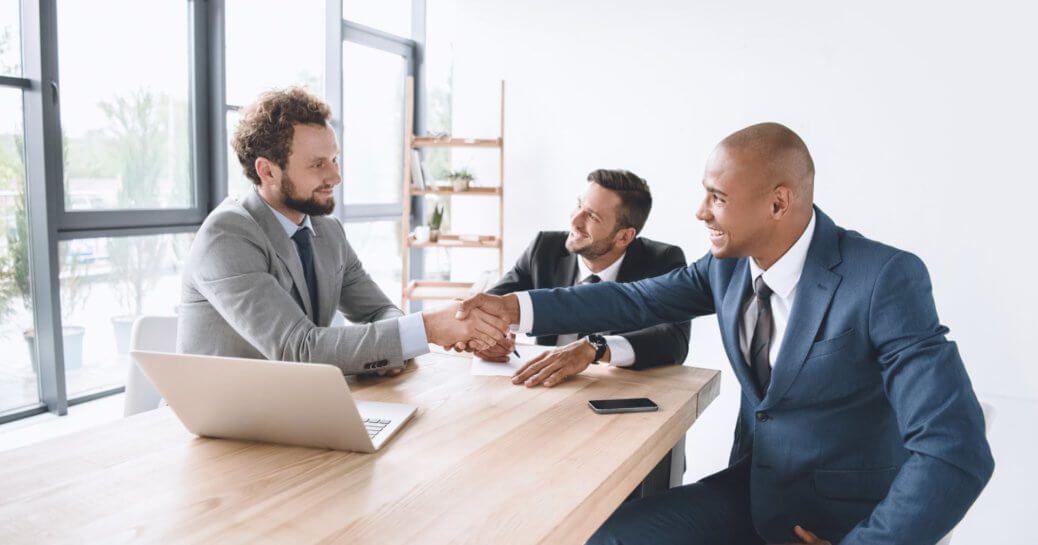 “As a CIO coming in, I asked the city manager, ‘Who does the integration across 40 departments?’ And she said, “Well, that’s why we hired a CIO!”

This experience, shared by Craig Hopkins, the CIO of San Antonio, likely sounds familiar to most Chief Innovation and Technology Officers in cities across the globe. Not only is a CIO tasked with promoting innovation and the smart application of technology, but they also have the huge burden of building bridges and fostering collaboration across a government organization that is full of people who are used to working in silos.

So how is it done? This 10-step process shares ideas based on discussions among city leaders across the globe.

A good first step—if the CIO can manage it—is to get the mayor on board with the plan to bridge the divides across government departments. Many city leaders agree that the work of a CIO is a lot easier if their work and ideas are backed by the mayor. The mayor can empower a CIO and set expectations for departments. When a new CIO comes in, they can begin this discussion simply by telling the mayor what they want to do, and what they need from the mayor in order to accomplish their goals.

That said, all is not lost if the mayor isn’t fully on board with the CIO’s plan. “It helps to have buy-in from leadership, but we, in our roles, can create our own authority,” remarked one panelist. The other steps on this list can work with or without the mayor’s backing because any CIO can create authority by building relationships and showing value within the organization.

”I spent the first 100 days (in my new role) very intentionally building relationships before asking for a single thing.”

2. Identify Leaders to Connect With

The next step is for the CIO to identify the most important people within the government that they need to connect with. To make the biggest impact, a CIO should not be speaking to deputies anymore, but rather to the actual cabinet members and the department heads that oversee things.

Within the government, this would include directors from each department and mayor-appointed chiefs. Since a city government may include other outside agencies that are separate yet still owned by the city (such as the water department, the energy department, etc.), a CIO should also reach out to the CIO-counterparts of those agencies.

In general, a CIO’s ‘who’s who’ short list should include all “people leaders”—the people who are driving and delivering on projects in the city.

The next step in the process is to reach out and establish trust with each party…which is admittedly a difficult task. That said, panelists and audience members shared many ideas for building the trust you need to work together:

“What the conversations keep coming back to is that IT has to become a leader in change management.”

When an introduction and a base level of trust is established, the CIO then has to put in the time and effort to actually build those relationships. As one panelist remarked, “60 percent of my time and my job is working on these relationships.”

To build relationships, it’s important to set up regular times for conversations. Many CIOs at the Accelerator had regularly-scheduled meetings, such as getting together monthly to talk over breakfast and setting up lunches and meetings with various department heads throughout the week.

One panelist put it succinctly: “Reaching out and spending as much time as you can in conversations, in relationship building, is important.”

5. You’re Here to Solve a Problem

In your conversations with other city and department leaders, the CIO should stress that they are here, in that position, to get things done. It’s essential that others in the government understand what sorts of problems the CIO is trying to solve too. The CIO isn’t there to discuss internet connection issues or problems with the telephone, but rather larger scale problems that can be solved with innovation and clever use of technology.

Through open discussions, department leaders can share what main issues they are experiencing at the department level—what things are frustrating, challenging, or just not working. The CIO (which one panelist referred to as “Crazy Ideas Officer”) can then help brainstorm clever solutions. By reinforcing that they are here to solve problems, and then taking action on those problems, the CIO can be a leader in change management within the city government.

6. Get Everyone on the Same Page

To facilitate the conversations and discussions about problems within the government, the CIO should use clear language regarding innovation and collaboration to ensure that everyone is on the same page.

For example, one panelist explained how one of the most important things they did at the beginning was to define what innovation actually means to the city. They decided to talk about it in simple terms, as ‘change that adds value.’ This basic definition can be understood by everyone within the organization and helps them engage and embrace change instead of being scared of it.

Another example of the importance of language was relayed by a panelist who noticed his wording of ‘fail fast’ doesn’t really resonate in government because ‘fail’ is seen as a waste of taxpayer dollars. Describing it instead as, ‘prototyping, learning, and pivoting’ brought more people into the conversation, because they felt like they were part of a learning environment where they could constantly improve and do better.

Building the language around innovation is beneficial because it improves communication and understanding, helping everyone to work better together.

“My role is to help facilitate culture building and capability building with our people…to be more innovative so we can actually embed that thinking into our organization and ultimately, that’ll lead to more innovation actually happening in our government.”

Even if everyone understands what is meant by ‘innovation’ and ‘collaboration,’ a CIO can’t expect people within the government to automatically know HOW to innovate or to collaborate. As one audience member put it, “You can’t create collaboration simply by saying ‘you will now collaborate.’”

Innovation and collaboration are skills that need to be built, and because people in government tend to work in silos, these skills are not typically present at the onset. Participants of the Accelerator discussed the importance of skill building by creating collaborative groups, starting innovation programs, holding events, and sharing examples so government workers can understand what innovation is and work together through the innovation process.

Exercises like these help solidify what elusive terms like ‘innovation’ and ‘collaboration’ are, allowing people to practice them and then bring those skills to the job. These efforts also help to create a cultural shift where it is okay to take risks and try new things.

The goal of the CIO is to get people within the government to understand that innovation is everyone’s job. Thus, systems have to be put into place, so workers know that they are accountable for doing the work themselves.

Other means of accountability that were mentioned during the Accelerator include employee recognition programs, where employees nominate other employees for everyday excellence, and having a process for solving problems which encourages employees to take ownership and find clever fixes to problems.

The CIO has an important role in accountability too. For one, if the CIO can be a role model for taking risks and owning their failures, other employees will feel more comfortable to do so. Also, department leaders can get strength from the CIO when they feel that the CIO is a partner in their projects and innovation experiments.

“I want you to understand it’s an investment and a relationship.”

9. Build a Model for the Future

As one city leader remarked, looking around the Accelerator event room full of CIOs from cities across the globe, “We’ve got a whole room full of superheroes.” CIOs are tasked with uniting the city government with a common vision, goal, and way of communicating. Even though they often don’t have the resources they really need to do it, they are able to get it done.

That said, it was also mentioned that CIOs have to “shape culture and build a model of the future that doesn’t include us, or else we’re not doing our jobs.”

The point is that the CIO has to focus on setting up the infrastructure, process, culture, and relationships that will enable innovation and collaboration to continue in the city government even when they are no longer a part of it. “We need to be driven by mission, by purpose, and by relationships. We need people who support that model as we go forward.”

Most of the panel session was spent discussing how to bridge the divides within the city government. However, city leaders also took some time to discuss the importance of expanding outward to bridge divides and improve collaboration outside of the organization.

Bringing together departments and agencies within the government is the ‘first ring,’ and certainly, a difficult challenge to overcome. When a CIO makes progress in this area, it is time to move to the outer rings.

This includes bringing in academic institutions, the business community, the medical community, and any other important city stakeholders. The thought is that a CIO can use the same structure (steps 1-9 on this list) to further the alignment within the entirety of the city.

The public at large is important too. As one panelist remarked, “that might be who we really need to win trust from.” The outermost ring—bringing citizens into the innovation process—will mean even more perspectives and even better solutions.

The task of bridging divides between departments, partners, and communities is perhaps the biggest responsibility of any CIO, but the potential rewards are great. CIOs have the power to be real leaders in government. By pulling people together and improving collaboration and innovation, they have the potential to become great change-makers in the city.