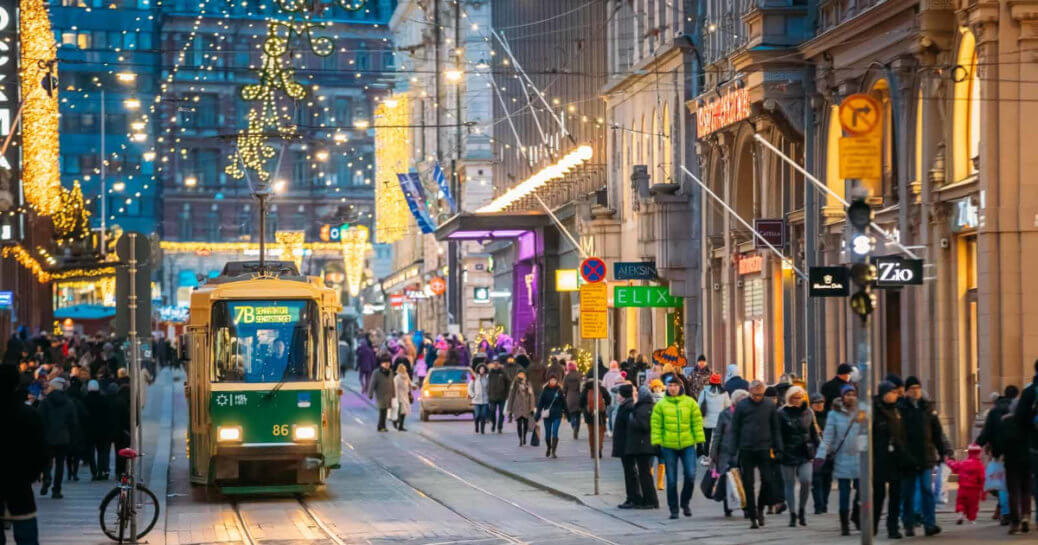 Speaking with dozens of global city leaders, common smart city themes for 2020 have already begun to emerge: Data, Citizen Engagement, Internal Governance, and Change Management. However, for many cities, these have emerged after a journey of many pilots, mistakes, and innovation. During our Smart Cities CIO Summit at Harvard, these themes were eloquently illustrated by speakers from Barcelona and Helsinki—two leading smart cities that have taken the leap from “project to strategy.” Here’s how these two cities took different approaches to develop successful smart city strategies.

Barcelona, Spain: A Smart City Strategy that Includes Innovation for the People

When city leaders talk about innovation, the term is often equated to technology. However, as   Anna Majo of the Barcelona City Council told Harvard CIO Summit attendees, innovation is not a new concept. Barcelona has always been a source of innovation from architect Antoni Gaudi to artist Salvador Dalí to football star Lionel Messi—each moving progress forward in their respective fields.

That said, technology is changing everyday life for citizens across the world, and the government is tasked with directing that innovation into positive change for its citizens.

For Barcelona, it has been a journey of many strategies that continue to develop dating back to Pla Cerda in 1859 to the more recent smart city project strategies, including 22@ Barcelona, Smart City Barcelona, Barcelona Digital City. 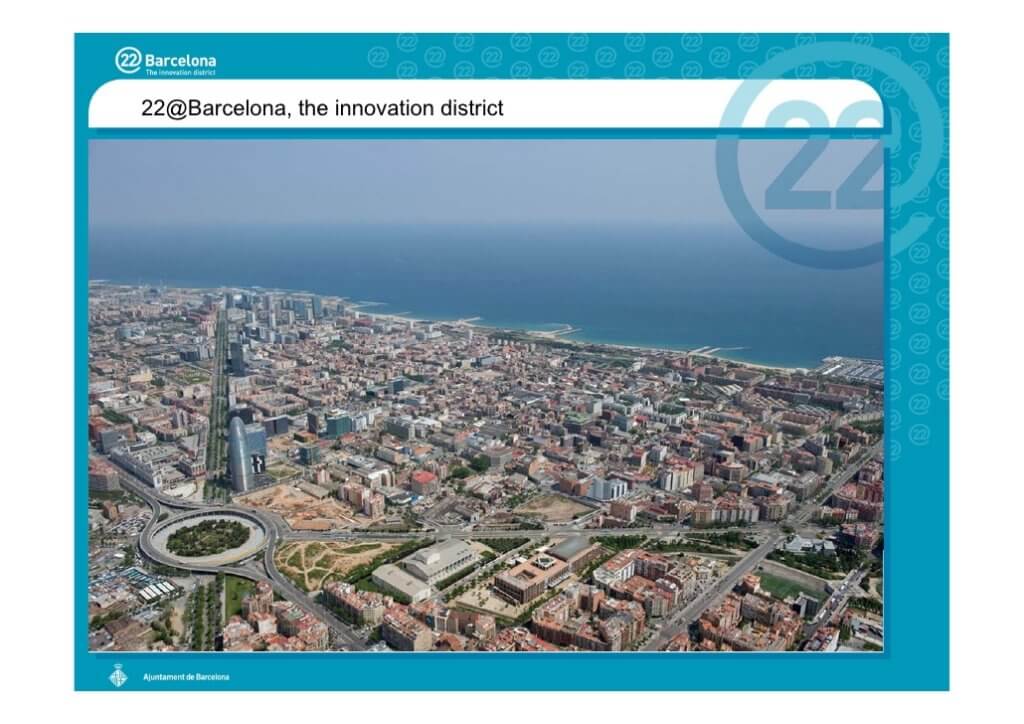 It was important to Majo and her team that citizens be empowered by technological innovation, which includes feedback, training, and investing in local neighborhood projects that would have a big impact on the community. In addition, an open-source platform was launched to encourage “digital democracy.” 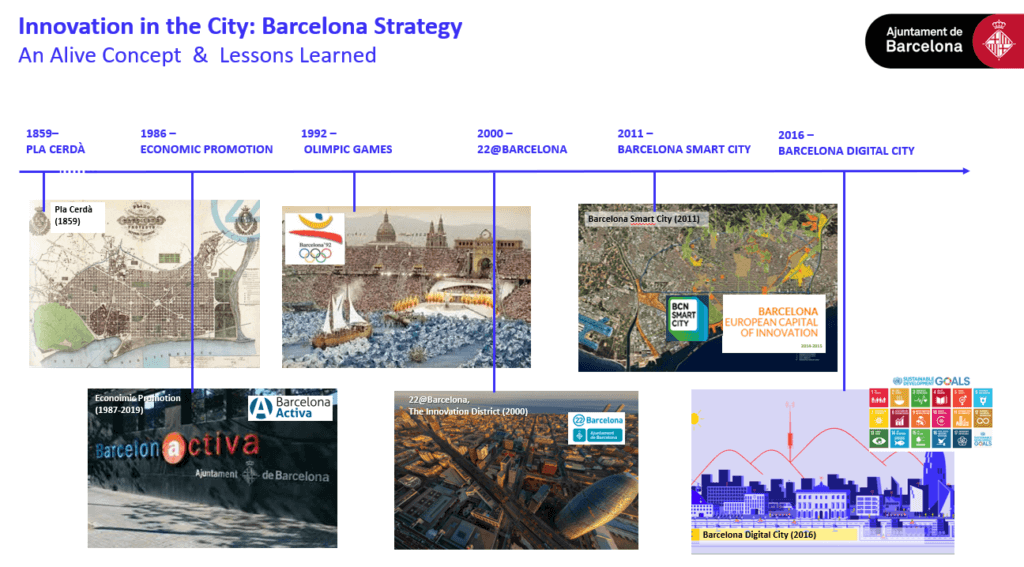 Developing a smart city required a three-step process: improve infrastructure, use the new technology to drive economic benefits, and ensure that citizens are a key component of decision making.

At the time, Barcelona had a number of fragmented programs related to technology, events, citizens, and the economy. Barcelona Smart City takes those fragmented ideas and applies the strategy, vision, and team behind them to see ideas through to fruition.

It is this community-driven innovation strategy that earned Barcelona the title of “iCapital,” or European Capital of Innovation in 2018.

Majo shared her top six takeaways from her experience driving strategy in Barcelona: 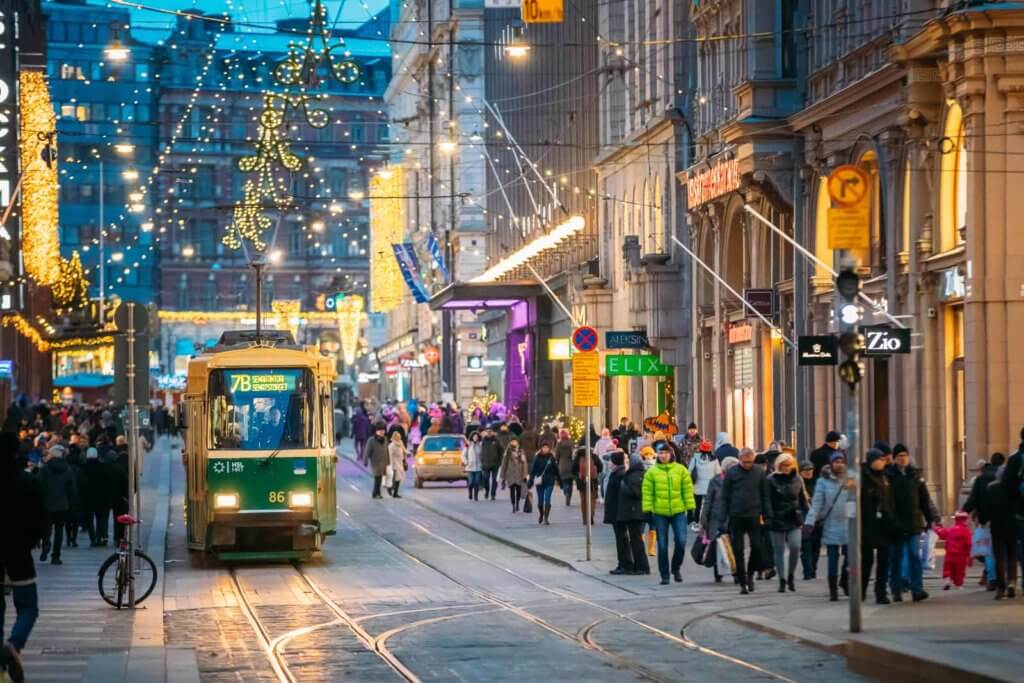 Sanna-Mari Jantti of the City of Helsinki understands that a successful smart city is one driven by a culture of innovation. That’s why in order to turn Finland’s capital into “the most functional city in the world,” Helsinki leaders eliminated silos within the innovative process. This was accomplished by combining several city units charged with innovation and strategy.

They began with a basic framework, as most governments do, with silos and redundancy among responsibilities. To achieve faster results, they needed to re-organize resources in order to support data, analysis, etc., train employees to develop innovation and strategy skills in the core organization, and build an organizational culture that supports innovation at every level.

So how do you transform your standard bureaucratic system into a well-oiled smart city innovation machine? Create the Helsinki Division of Strategy.

Now, the director of strategy reports directly to the city manager and has staff in each of the city departments. This new process allows for top-level buy-in and departmental champions, which are key to agility. 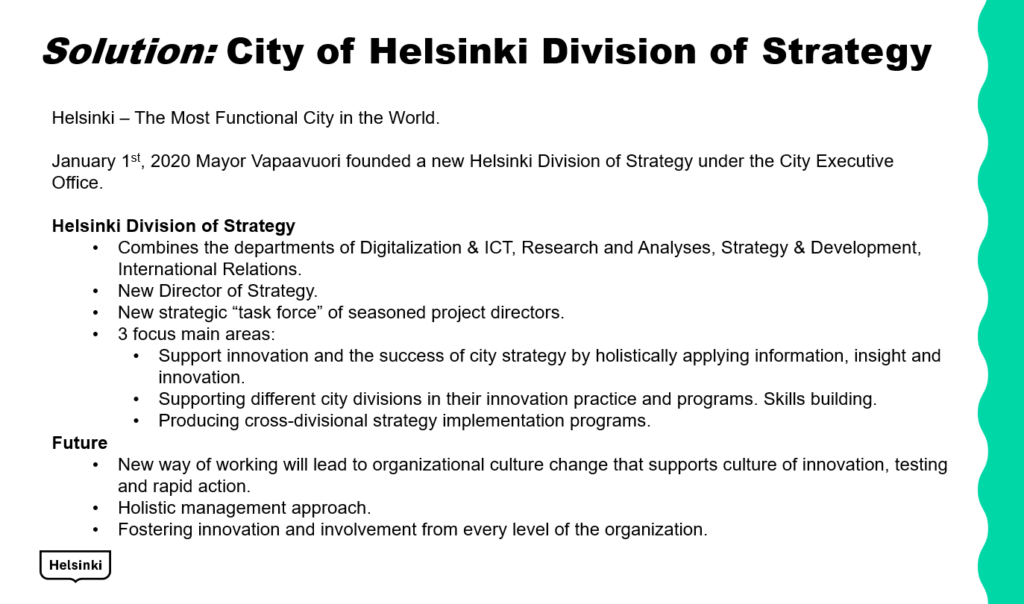 Helsinki trains its officials and key staff in artificial intelligence and other technologies currently impacting citizens, as well as opportunities they present.

This training and bureaucratic agility have allowed Helsinki to adapt its strategies according to community needs, demands, and as new technology becomes available. As a result, the city has topped a number of reports that compare smart cities across the world, including Best in Smart Tourism, Best Digital Mobility Services, best smart neighborhood (Kalasatama), and most locally connected startup ecosystem.

There are many different approaches that cities can take to develop a successful smart city strategy. Barcelona and Helsinki are prime examples of cities that understand that Smart City strategies are more of a journey that develops over time and requires an agile approach.