Home How Data Is Busting Silos in Edmonton 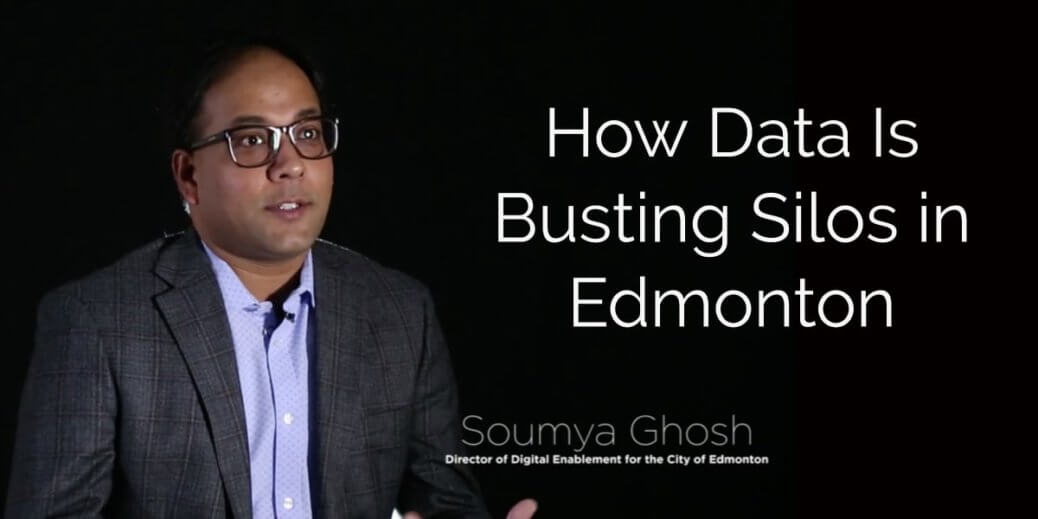 Although individual definitions may vary, many leaders in the smart city space would agree that the term ‘smart city’ broadly refers to a city that is using technology and data to make decisions that will improve city operations and increase the quality of life for residents. Soumya Ghosh, Director of Digital Enablement for the city of Edmonton, agrees but says that the real reason ‘smart cities’ matter is because it’s a new way of thinking.

Is your #citygovernment working in silos? Listen in as Soumya Ghosh from @CityofEdmonton explains how creating an #opendata portal boosted collaboration in Edmonton. Click To Tweet

“I’ve been with the public sector for four years,” says Soumya, “and I’ve felt that smart city gives that fresh perspective and the need to have integrated thinking while planning, operating, or building a municipality.” To him, ‘smart city’ is a philosophy that brings together many departments and ways of thinking, thus enhancing them all. Click To Tweet

Soumya says that the smart city philosophy, and data, in particular, has been responsible for busting silos within the government of Edmonton. “Integration is what I personally am really proud of,” he says, reflecting on his work in the smart city space. He recalls that Edmonton was once an organization full of silos and that all changed, starting back in 2012 when Edmonton launched their open data portal.

“The culture of sharing across silos didn’t exist,” recalls Soumya. He remembers when it used to take months to get access even to city-owned data from another department. The open data portal was aimed at changing that.

They got the ball rolling by releasing data that was ‘the low hanging fruit,’ and eventually, more departments started contributing. Now Edmonton has a proper data warehouse where all departments share their data instead of holding it inside silos. The platform currently has over 2,000 data sets available to the public and gets more requests to add data than they can process.

What’s more, the data portal provides opportunities for the city administration to build relationships with secondary groups. For example, data scientists at nearby universities and other organizations can use the data to do research. There are also startup companies who use open data to guide the creation of new businesses. “City administration does not and probably should not have all the answers to all the problems,” says Soumya. “Most of the problems cities deal with are complex issues, so it’s great to create strong partnerships, not just with the private sector, but with the universities and not-for-profit sectors as well, and try to come up with smart… Click To Tweet

Open data is also an engagement tool with citizens. When the media starts buzzing about a new policy or a change to a program or service, city officials can share the data that supports the policy. On the other hand, the city can also collect new data to inform policy decisions. This was the case when data gathered over 2-3 months demonstrated that the city would get a better return on investment if they kept the river valley funicular (an elevator offering access to the river valley) open until 11 pm in the summer instead of closing it at 7 pm. 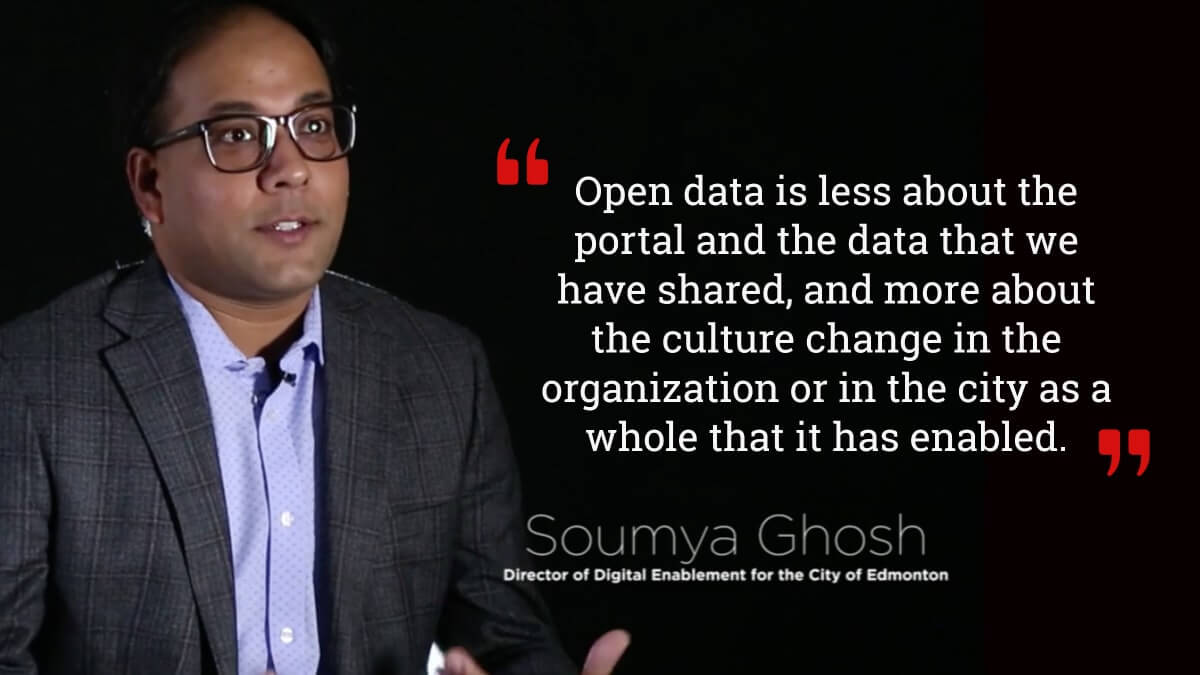 “Open data is less about the portal and the data that we have shared, and more about the culture change in the organization or in the city as a whole that it has enabled.”

In Edmonton, city departments now realize that by sharing data they are getting more out of it than keeping it within their own silos, and they are using the data to spark relationships and collaboration within the community too.