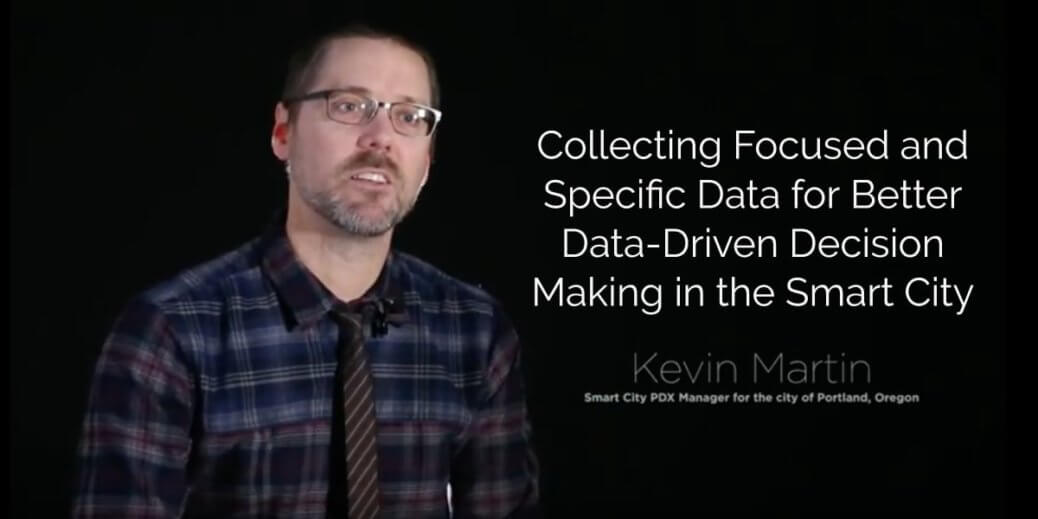 Ask any person involved in the smart city process and they’ll tell you that there are two major components at the base of what a smart city is: the community and data. The challenge for most cities on the smart city journey is how to collect the right types of data and utilize them in the most effective ways for making better data-driven decision making in their smart city.

It’s no different for the city of Portland, OR, which has taken a very specific approach to the types of data they collect and how they are processing that data and using it to solve very specific problems in their city.  As Kevin Martin, Smart City PDX Manager, explains, “by collecting specific data that we need to solve specific problems, we are in a position where we can have conversations around what exactly do we need and what don’t we need.”

Focusing on data this way has helped the city to be more purposeful in the data they collect. It has also helped to create a shift in mindset and buy-in from city officials who support making data-driven decisions to meet the needs of their community.

To get the most out of the data they collect, Portland has created P.U.D.L – Portland Urban Data Lake. According to Martin, PUDL is a type of end-to-end data pipeline that the city is using to better understand and utilize data. “How do we digest it, how do we cleanse it, how do we secure it, how do we integrate it, how do we analyze it, and then how do we – out the other end – deliver some kind of information and insight that is useful to people?”

Portland has partnered with other city departments, Portland State University, their regional transit agency, TriMet and others, to collect data that can be used as a regional resource. The system allows them to explore technologies and architectures for providing standardized, documented access to data for public sector agencies and local innovators.

Initially, Portland is using PUDL to focus effort around two specific use cases:

Portland has certainly been innovative in terms of how they planned their city and will move to continue that innovation in planning for a digital city. Click To Tweet And at the core of it will be their community and data. 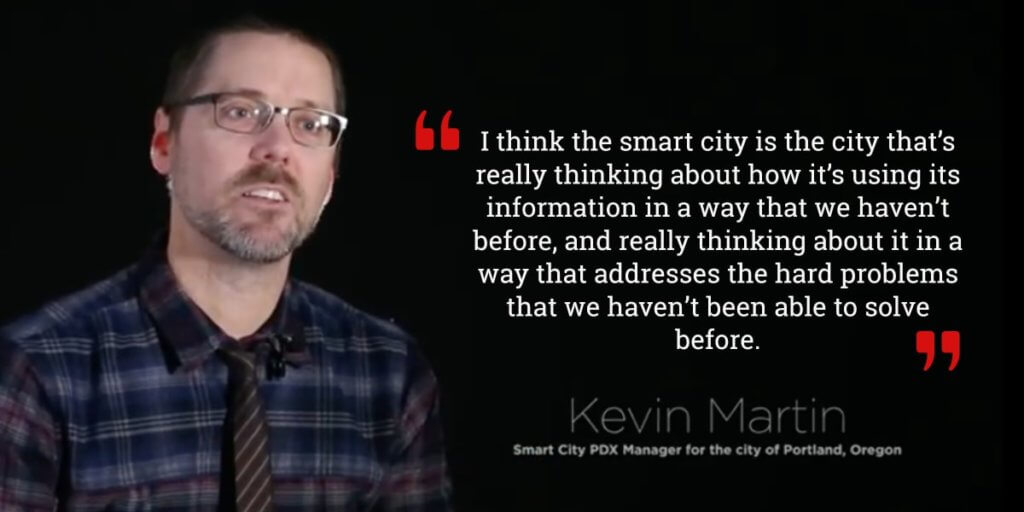