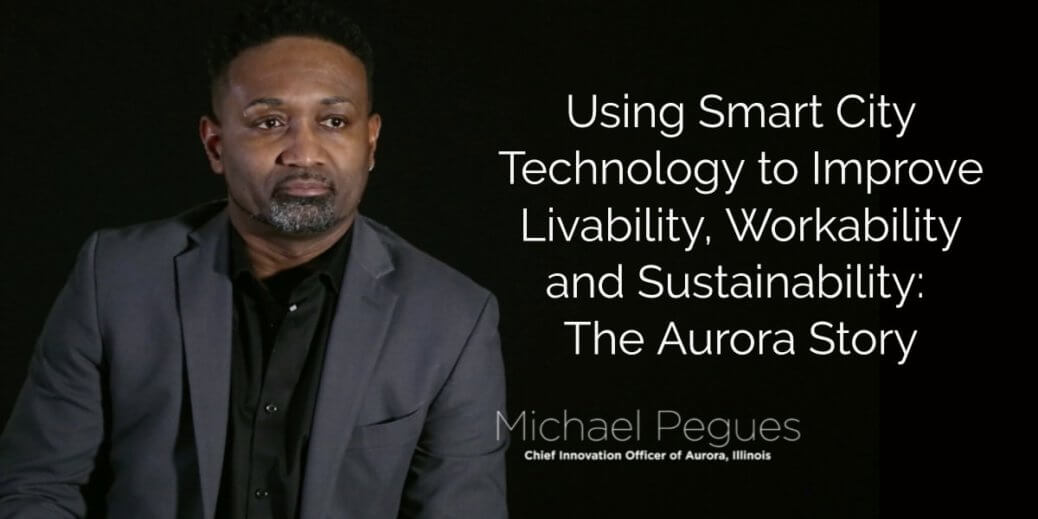 Becoming a smart city is about improving the livability, workability, and sustainability of the municipality—making it a place where everyone wants to work, live and play. That said, Michael Pegues, Chief Information Officer of Aurora, Illinois, admits that every city has its own unique way of achieving those goals. “There’s no blueprint for what a smart city is,” says Michael. “Every municipality has its own definition.”

As Michael points out, how a city reaches the goals of livability, workability and sustainability will depend on the mayor’s vision for the city. In Aurora, the mayor’s top three priorities are economic development, public safety, and education. The job for Michael’s innovation team is to figure out how they can use technology to reach these objectives, and as a result, boost the quality of life for citizens.

When Michael first started his position as Chief Information Officer, he showed the mayor how this can be done by saving the city $2.3 million dollars in his first seven months on the job. Michael’s team deployed computer-aided dispatch systems for public safety and first responders. They also streamlined city operations and created an external-facing portal for citizens to conveniently request and receive information from the city.

These clever uses of technology helped the mayor’s goal of improving public safety, while also saving the city money and improving livability for Aurora residents. Click To Tweet

Michael and his team continue to use this method of applying technology to reach the mayor’s objectives while also improving livability, workability, and sustainability. These were the guiding ideas behind a pilot portal for 311 that is currently underway, and Michael also keeps these ideas in mind as he contemplates new projects that may benefit the city.

Take, for example, the economic potential that Aurora could unlock if it could draw more tourists to the area. Aurora is a city of about 200,000 people, located 35 miles outside of Chicago. Michael knows that many tourists, particularly those from China, fly into O’Hare Airport so they can shop for high-end luxury goods. Going back, one of the mayor’s priorities is economic development. Is there a way that Aurora can get a piece of the tourism pie?

As Michael brainstorms, he understands that tourists use multiple modes of transportation to get around Chicago. Offering convenient transport to Aurora could pull these tourists over to the nearby city. “What are the options in terms of having some type of mobility solution, maybe directly from O’Hare to Aurora?” ponders Michael. Whether it is an autonomous vehicle or some type of light rail, Michael and his team are looking at opportunities that will allow them to use smart technology to further the mayor’s priority of economic development and put Aurora on the map as a great place to shop and do business.

Michael says that networking is the key for cities that are looking to implement smart solutions as Aurora has.

“Get to know your partners and other municipalities at the city, state, and federal level. Share as much information as possible, and build strong relationships and connections with those individuals.”

Having done so himself, Michael knows that when he has a question, he can pick up the phone and call the CIO over in the next state or in a particular city. “What did you guys do about this? Who should I be talking to? Who can I lean on for some advice?” Cities can learn a lot from peer networks that are willing to share best practices, wins, and failures. 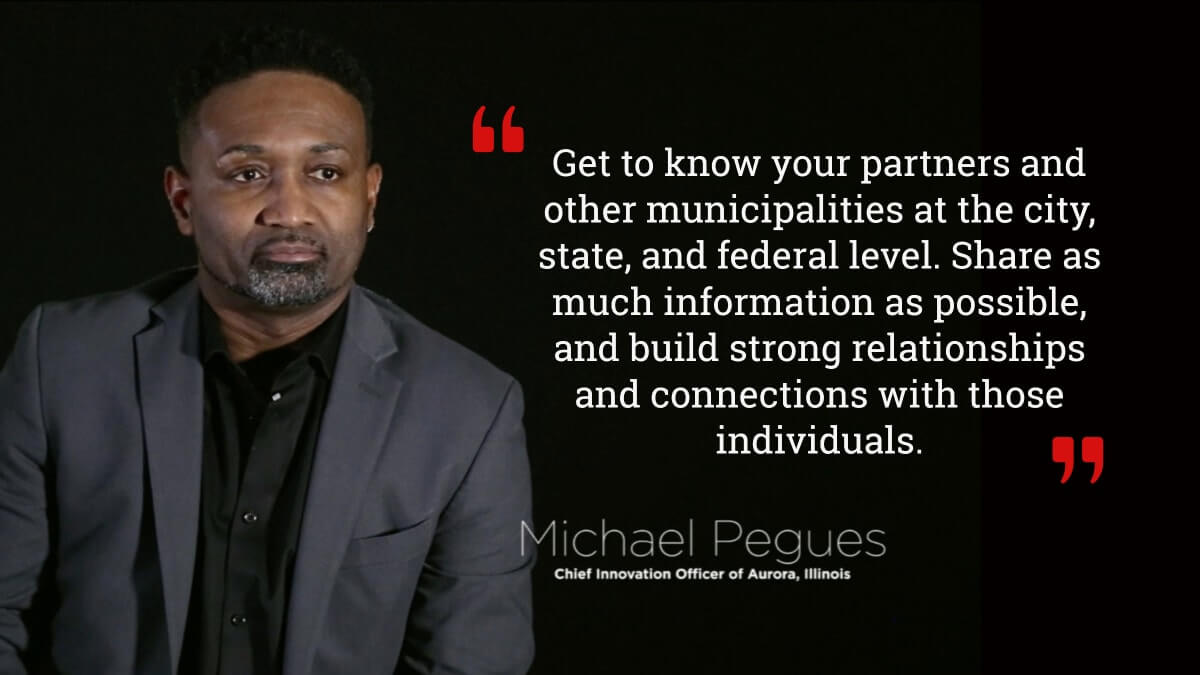 “Go, do, execute, but make it calculated,” advises Michael. “It’s one of those mazes where you just keep navigating and you figure out as you go. There is no blueprint…just keep expanding your horizons.”