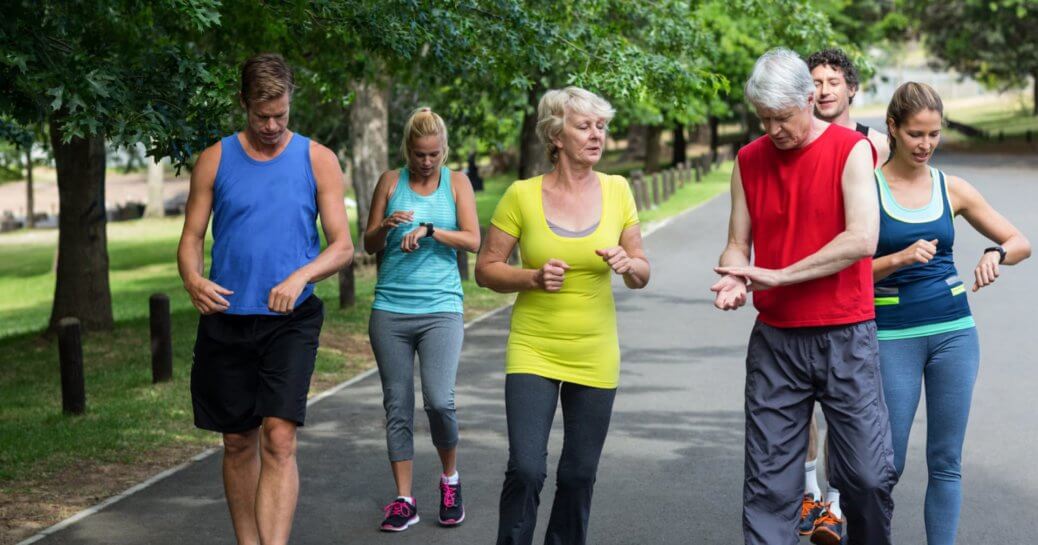 What if I told you that cities were the important unit for health, and there’s $3 trillion coursing through the veins of the healthcare industry and none of that today is rolling through cities in any meaningful way?

In a discussion about smart cities and health, Ted Smith, a former CIO for the city of Louisville who now works for the University of Louisville, told the story of how diverse parties joined forces on a mission to solve a health mystery plaguing the city. Although this story is unique to Louisville, it demonstrates the interconnectedness of city problems and why city leaders should consider tackling health problems using smart city technology.

When it comes to #health, place matters, and #cities can use #tech to improve outcomes! Check out this example from Louisville. Click To Tweet

The Healthcare Problem (And Why Cities Should Care)

The cost of healthcare in the United States is a serious problem. It currently accounts for 24 percent of GDP, and will likely reach 30 percent within the next six years. These large costs are largely due to chronic diseases that are poorly understood in terms of where they come from and how to get ahead of them. Healthcare expenses have ballooned because these are expensive conditions that must be managed over decades.

That said, is health a problem that cities should tackle? Many city leaders might say no. Of course, there is such a thing as ‘public health’ but that’s not about keeping people well—it’s about protecting the public from epidemics. When you consider chronic diseases, public health departments are largely ineffective because they’re not paid to solve those problems. These diseases are the concern of the healthcare industry, which largely believes that health is a matter of chemicals interacting in the human body.

In actuality, place is an important factor for human health and well-being, and this makes cities critically important. Things such as how the city is designed and what chemicals are in the city environment will impact the health… Click To Tweet As this story about Louisville demonstrates, cities have the power to alter these factors and, therefore, to greatly impact health outcomes.

City leaders may believe that health issues are outside of the city’s scope, but individual and community health is connected to other city priorities. Click To TweetIn Louisville, the subject of health came up when business leaders in the community told the mayor that they were having a hard time moving mid-level managers to the city because either they, their spouse, or their kids have asthma or some other breathing issue—they didn’t want to move to the city because Louisville is known as one of the worst places to live if you have breathing challenges. While health may not have been a top priority for the Louisville at that time, economic stability certainly was, and a disaster would happen if these large companies decided to leave the city and set up headquarters elsewhere. In response to their concerns, CIO Ted Smith said he’d do what he could to investigate the problem.“

The first thing Ted did was to ask people in public health the reason why people can’t breathe in Louisville. The best answer they had is that it’s because the city is located in the Ohio River Valley. He then went to medical professionals, but for them, the breathing issues weren’t about location. To them, breathing problems like asthma are simply physiological problems. Asthma isn’t any different in Louisville than it is in New York City, Oklahoma City, or anywhere else. It’s just asthma, and you treat it with drugs.

Not satisfied with the answers, Ted and his team designed an 18-month pilot study that was funded by money raised privately. They rolled out 300 smart inhalers and got 300 city residents to volunteer. The inhalers would allow the city to get a snapshot of when and where people were when they had to use the rescue inhaler.

The pilot study found that these asthma events were indeed clustered. Heat maps showed two areas in particular that were associated with increased asthma incidents. This made the team question the relationship between space and health. What was going on in these places?

The pilot soon got the attention of the Robert Wood Johnson Foundation, which was interested in funding a $1 million expansion of the project. The one requirement they had was that 30 to 40 percent of the 1000 people who would take part in the study must come from the city’s largest employers. Why? Because these employers were responsible for large healthcare expenses, and that vested interest may persuade them to fund future studies to find solutions and lower their healthcare burden.

This second study followed 1200 participants, and when it was over, the map of asthma incidents looked a lot like the original one with 300, only with better resolution. The data was analyzed, taking into account many possible variables, including race, household net worth, age of housing, amount of greenness versus development, and proximity to roadways, the airport, and industrial polluters. In the end, a constellation of things helped to predict where asthma attacks were occurring, but some of the most powerful predictors were proximity to roadways and lack of green spaces—in other words, ambient pollution factors.

“This isn’t about Louisville doing something. This is about many, many cities trying many, many different things.”

Assembling a Team of Collaborators

If the problem of asthma attacks is related to air pollution, the solution is simple—get rid of air pollution. Of course, that is easier said than done. Ted and his team decided that instead of complaining to the EPA they would try to do something about it on their own. Knowing that greenness (the presence of trees, bushes, etc.) is associated with cardiopulmonary health, they decided to try a little experiment to see if they could create “urban biofilters” – vegetative buffers of trees and shrubs strategically arranged to help filter the air. However, their efforts were stalled because the city didn’t have the money to pay for the trees.

Partnering with the University of Louisville, the city went to the National Institutes of Health to try to secure funding for the project, but that proved difficult too. At the time there were no controlled trials that demonstrate that planting trees has a causal relationship with health outcomes. When they proposed their experiment to the NIH, they were rejected—twice. On the third attempt, the NIH finally agreed, but under one condition—they couldn’t use NIH money to buy trees.

Having solved half of the funding dilemma, the city then talked to the Nature Conservancy, an organization that has been concerned about urban ecology and the fact that people in cities care less about conserving nature because they never see it. They agreed to commit $10 million to buy trees—under the condition that that money would not be used for health expenses such as collecting blood and urine from test subjects.

With collaborators on board, a section of the city that corresponds with asthma incidents was chosen, an area with 22,000 people impacted by air pollution from the nearby expressway. 700 people joined the clinical study, agreeing to be measured periodically on aspects of cardiovascular health, and 8,000 immature trees were planted. The city also set up sensors from the University of Louisville on telephone poles to monitor the community, including air monitors, noise monitors, sewer analysis, and more.

The hypothesis of the study is that green interventions will mediate ambient air pollution. The pollutants can be measured in blood, urine, toenails, and hair to see how much air pollution the trees are processing. If the hypothesis is correct, the study will also find improvements in the cardiovascular health of the clinical subjects. The study is ongoing, but if the results are promising on clinical markers, Humana, located in Louisville, has agreed to rally the mayor and other major employers in the area to create a community fund to pay trees and bushes to be planted in other areas of the city.

This smart city example demonstrates that successful smart city projects require collaboration from a diverse number of stakeholders. “We’ll be more powerful if all the vested parties that care about health are at the table,” says Ted. He and his team worked to make that a reality, and similarly, all cities working on smart city projects should plan and run those projects in partnership with local businesses, universities, funding agencies, and the community as a whole.

The story of Louisville working to solve health problems in the city should also inspire other city leaders that they can do something about problems impacting the health of their residents. Click To Tweet When it comes to health, place matters. City leaders can use smart technology to understand health in their communities and improve outcomes.