Home Building a Data Marketplace: 6 Fundamental Principles of the CTM I3 Platform 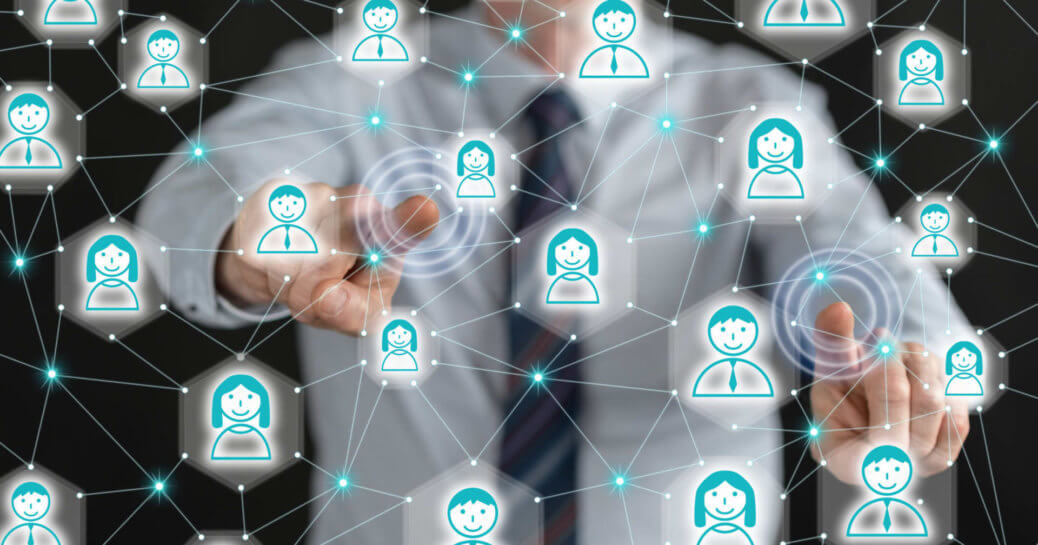 Jerry Power and his team at the Institute of Communication Technology Management (CTM) were working on a presentation about the current trends in IoT when the University of Southern California posted an open call inviting everyone working on IoT projects to come together to discuss their research. When they attended the event, the room was packed, although Jerry noticed one disturbing thing. When he looked around the room, he realized that nobody knew anybody else in the room.

In the smart cities space, we often talk about governments working ‘in silos’—each department doing its own thing without communication or collaboration from others. When Jerry experienced it firsthand himself, he knew he had to do something about it. “It’s pretty clear that we weren’t leveraging what each other was doing,” he says. “In trying to build these IoTs and trying to do all of this amazing research, we were being really ineffective at it.”

He then started talking to the city of Los Angeles, where he found the same thing happening. Forty-two different departments, all putting up their own independent IoT silos, each trying to manage its own devices and applications without sharing data with one another. The challenge was clear: “how do we develop a platform that lets us take all of the intelligence and put it together in a cohesive way so that efforts build on each other?”

Jerry, along with his CTM colleagues, dove into solving this question. CTM, situated within the Marshall School of Business at USC, is something like a think tank that looks at technology from a business school perspective. From that unique stance, they created I3 – an Intelligent IoT Integrator that acts an IoT meta-layer, managing the traffic of data from devices to those who can work with that data to solve real-world problems.

Here we will explore 6 fundamental principles of I3, an open source platform that may hold the key to better managing and utilizing the mountains of data that are pouring in from IoT devices in the modern era.

6 Fundamental Principles of the I3 Platform

CTM used business principles and the basics of human psychology to create the I3 platform. Here are 6 of the most important pillars.

Like gold, coins, and paper bills, data has value attached to it. It can be generated, traded, stored, stolen, and so on. Although the ‘silo system’ keeps the data inside a single department, when we think of data as a currency, we can create a system where it can be used and passed along in transactions to other departments who can benefit from that data too.

2. Data producers own the right to their data.

On the one side of the equation, we have those who produce or gather data. It could be a device owned by a specific department, such as the camera on the back of a garbage truck. Or it could be data that is gathered from a citizen’s own personal device. Either way, the data producer understands that the data (as a currency) has value, and as such, even though they may share that data, it ultimately belongs to them.

From a business sense, data producers can become ‘sellers’ if they agree to give, share, rent, or loan their data to others. Data consumers, then, are the ‘buyers’ of this data. They see personal value because they can use that data to solve problems.

The problem with silos is that the data generated within stays there, but by creating I3 – a marketplace for data – departments with data coming in from devices can volunteer to share that data with others. As a reward, when a data consumer (buyer) uses that data, the data producer (seller) gets some sort of incentive, whether it is actual money, a coupon, ‘points,’ or something else. The transaction occurs between the data buyer and seller, so these parties determine an acceptable incentive for the transaction.

5. Data brokers can add value to the system.

Data producers can also sell their information to ‘data brokers.’ Instead of using the data to solve a problem, data brokers transform the data into a new and useful form, such as taking the data from a lot of different sources and merging it to create a whole new set of data that did not directly originate from any single IoT device. Data brokers can then use the I3 platform to sell their new data set with its additional insight and value to data consumers (buyers).

Data producers (sellers) can feel safe entering the system because they still retain the full rights to their data, and they can choose who can use that data by granting and revoking permission. Like online shopping, the transaction is not face to face, so the I3 platform includes a rating system that can help boost trust in both buyers and sellers of data. Sellers (data producers) can rate buyers in terms of how well they hold up to their data agreements. Meanwhile, buyers (data consumers) can rate sellers in terms of how trustworthy their data is.

How I3 Works in Practice

Thinking of data as currency is a different way of seeing IoT, so in practice, how does it work? Picture this scenario:

As a data producer (seller), I (whether I am a citizen, city department, business, university, or something else) decide to contribute data into the I3 system. I set up permissions granting who can use my data and who cannot. For example, I might give my data to a data broker whom I trust to anonymize my data and combine it with other data sources to create a different, valuable data set. They then resell that data to buyers who can use it in unique ways to solve problems. For the transaction, I get an agreed-upon incentive, some sort of compensation for sharing my data with the broker. If at any time I feel the broker has broken my trust in how they have used my data, I can revoke permissions and decide to partner with a different broker.

The I3 platform is already being used for several city projects. For example, cameras installed on garbage trucks can capture a great deal of information about the city as they go down the streets each week. The pictures that come back can be processed and the data shared with the right department who must act on it. For example, a picture of a bulky item could trigger a message to a special pickup truck that can remove it; a picture of overgrown vegetation can be passed along to the right department who can do the trimming; a picture of a pothole can be sent to the street department who can fix it The visual data from garbage trucks can also be integrated with data from citizens who are using their cell phones to report problems. When the data is gathered in one place in the I3 system and shared appropriately based on the established data sharing permissions, city operations become smoother and more efficient.

I3 is a data marketplace, an IoT meta-layer that allows data buyers and sellers to come together for mutually beneficial transactions using data as currency. In November 2017, the I3 Consortium was formed, where cities, universities, and companies have joined together to participate in the development of the I3 platform. The ultimate goal is to release I3 as an open source platform that anyone can download and use.

One of the biggest questions in the modern era is how can we better utilize the mountains of data coming in from billions of IoT devices around the world? Clearly, staying inside our silos is not working. While we search for an answer to that question, I3 offers an interesting solution to how we may better coordinate and distribute data to improve life and operations in the city.