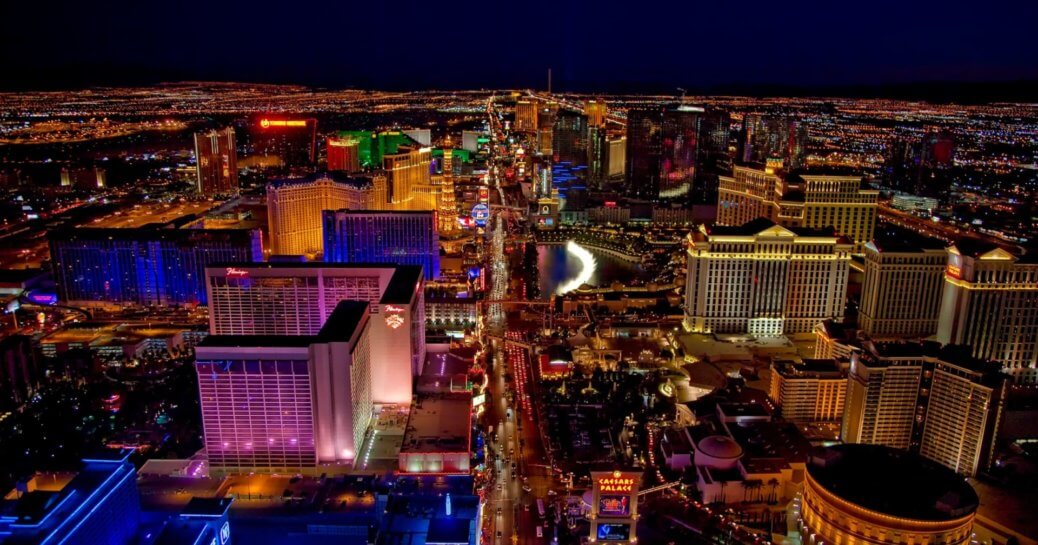 Michael Sherwood has been the director of Information Technology for the city of Las Vegas since 2016, and in that time he has worked on hundreds of smart city projects in an effort to bring new technology and new possibilities to the city. Here are some of the key things he has learned along the way.

What can #cities learn from Las Vegas about accelerating #growth? Check out this fireside chat with @msherwood of @CityofLasVegas.

Although there are specific goals related to each smart city project or pilot, each city should have overarching goals that steer the ship forward. In Las Vegas, Michael says that the real goal is economic development. While the city is known as an adult getaway featuring gambling, shopping, entertainment, and nightlife, Michael wants to expand that and also make it known as a place of innovation.

“The city has no capability to survive another downturn like it has in the past without a resilient base of some other type of economic stability,” says Michael. “And that means diversifying the environment.”

While boosting efficiency, improving public safety, and lowering economic costs are important parts of employing technology in the city, the main goal for Las Vegas is to drive and respond to economic development. Similarly, all leaders who are taking on smart city ventures should consider what main goal they are seeking to achieve, and choose projects that help them move closer to that goal.

Las Vegas smart city projects are big, bold, and broad in scope, although other city leaders may point out that what is happening in Vegas may not be accepted in their own cities. Michael agrees and points out that context is important and will impact how your smart city projects play out.

Over the last decade or two, Las Vegas has been in a state of constant change. The city started out being known as an adult playground, then began to market itself as a family destination, and eventually migrated back to being an adult playground once again. The focus on table games has shifted over time to an emphasis on sports. The city even blows up buildings after 10 years when they are no longer deemed fun or useful. When change is the norm, there is less backlash when technology officials like Michael want to try new things.

The community also understands and accepts technology perhaps more than people who reside in other cities. Casinos have all sorts of higher level technology that citizens have accepted. Acceptance of technology is even part of state culture, as Nevada was the first state to issue autonomous drivers licenses and to have autonomous vehicles running in mixed flow traffic.

Seeing all the incredible smart city developments happening in Las Vegas, other city leaders may wonder, “How do you pay for all of this?” Michael answers this question with a simple response: “I am a good salesman.”

To explain what he means, Michael says that he is constantly getting out there and talking to companies, selling hard and fast by urging them that they can go from MOU concept work to signing an agreement in 60 days, then jumping right into setting up the infrastructure needed to make it happen. “I think why we have the edge is that we are willing to do whatever it takes to get these companies to be here and showcase the technology because when we showcase it, we are showcasing Las Vegas as a whole. It goes back to economic development and marketing.”

Speaking of marketing, Michael’s sales pitch to prospective companies highlights the fact that working in Vegas means getting your product out there fast and making a huge splash doing so. Why wait a year to bring your product to CES when it can be showcased all year round in videos, events, and other marketing endeavors with the city? By marketing products, Las Vegas itself also gets the spotlight, and that attention makes city council members more likely to approve future smart city projects too.

As a result, Michael says his department has spent a modest budget to work on all the various smart city projects, most of which has been spent on infrastructure—laying fiber, putting up boxes on signal poles, etc. Most of what they have done has been within budget, and when they save money, they reinvest the savings into new companies and products.

With limited IT budgets, all cities have to be mindful of how they can fund smart city projects. Michael’s approach highlights the fact that when working with private companies that make smart technology, city leaders should create a win-win situation and pitch it with confidence.

In a lot of cities, pilots that show promise end up flopping because when the money goes away (and it eventually does), there is no sustainability model put behind it. In Las Vegas, Michael builds sustainability into every project from the start.

First, Michael is very careful about selecting pilots. He says the first question you should ask is “Can I trust the company?” Las Vegas doesn’t do many pilots with small start-up companies because it’s harder to have faith that they will be around long enough or that they will put in the time and energy needed to make the project succeed. Larger firms tend to be more trustworthy, and they also have deeper pockets.

If a company has passed the trust test, cities must then ask, “What is this pilot going to do for the city?” “Try never to do a pilot just to do a pilot,” says Michael. He chooses projects that will make some kind of change internally, or which will educate the staff and provide them insights into a new technology or endeavor they haven’t done before. When choosing pilots, all cities should likewise be mindful to select those that move the city closer to its main goals.

To ensure the pilot is sustainable for a longer period of time, they have brainstormed things such as a small increase on parking to pay for infrastructure, but they also choose projects that will be funded outside the IT department. “When we create a solution, we are selling it to a department,” explains Michael. Michael sees all 21 city departments as private investors, and the IT department’s role is to create services that they can sell to its sister departments.

This model may be useful for other cities who want to ensure that their most successful pilots can scale and stand the test of time. It is also a reminder that all cities must consider sustainability when selecting and designing smart city pilot.

Las Vegas has seen tremendous success in smart city ventures, so what is on the horizon? Michael says there are several plans including:

The city of Las Vegas also welcomes collaboration with other cities across the country that are working on smart city projects. All cities, regardless of how advanced their smart city ventures currently are, should have a game plan to move forward too. Collaboration—moving forward together—is a key element of success.