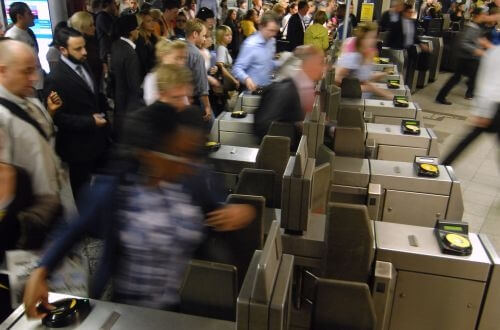 Insights from the 2019 Transit Innovation Workshop

Transit agencies and financial experts shared case studies, technical presentations, and real solutions that are already shaping the future of transportation. From the pros and cons of fare capping to servicing unbanked customers, harnessing data, and implementing 5G, here are some of the workshop’s biggest takeaways.

The City of Portland Oregon Leads the Way Into Contactless Payments

TriMet is a midsize public transit agency in Portland, Oregon. Around 2010, TriMet began to develop a fare collection system that would allow urban transit to grow while evolving alongside
future innovation.

“We knew we wanted our fare policy to support a seamless, automated quick customer experience where [commuters] didn’t have to think that much about it,” explained Rhyan Schaub, Director of Fare Revenue and Administrative Services at TriMet. “Because of that, we landed on stored value as a concept.” 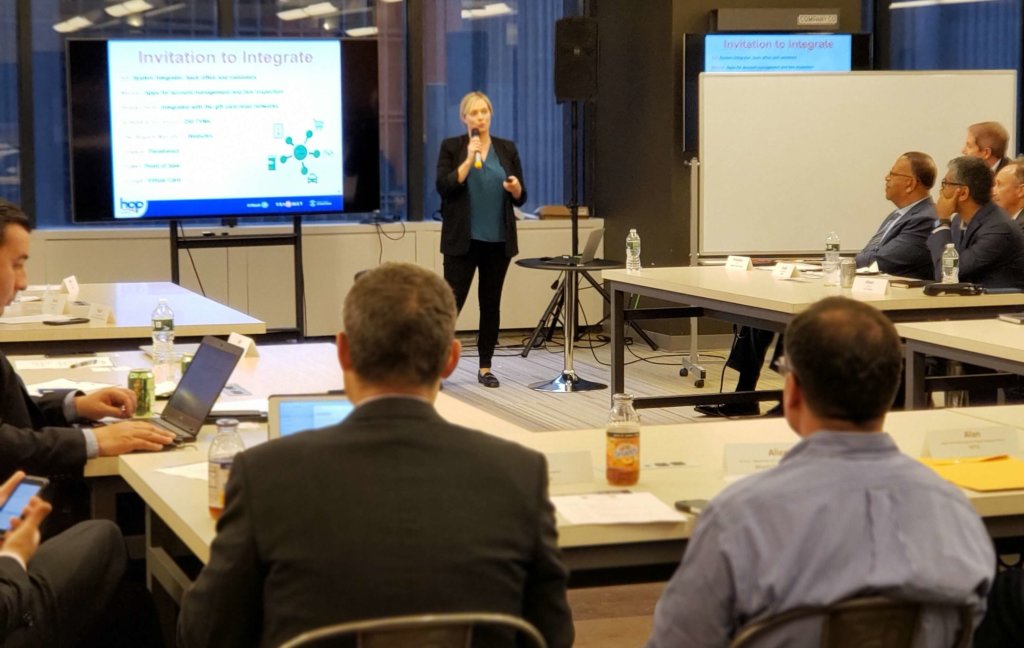 TriMet incorporated the usage of contactless bank cards, allowing Portland commuters to “tap” around the transit system using their contactless-enabled bank cards or mobile devices while TriMet’s backend calculates the best fare. This is similar to what Transport for London (TFL) implemented in Greater London.

TriMet also uses a stored value account that commuters spend against, and a cap is placed on how much they are charged. For example, riders can travel all day and never be charged more than $5 for a day pass. Similarly, those same users can travel as much as they like throughout the month and pay no more than the $100 monthly pass fee.

Hop Fastpass had an approximate 50% adoption rate as of October 2019, and paper tickets were phased out on December 31, 2019, which will lead to additional adoption 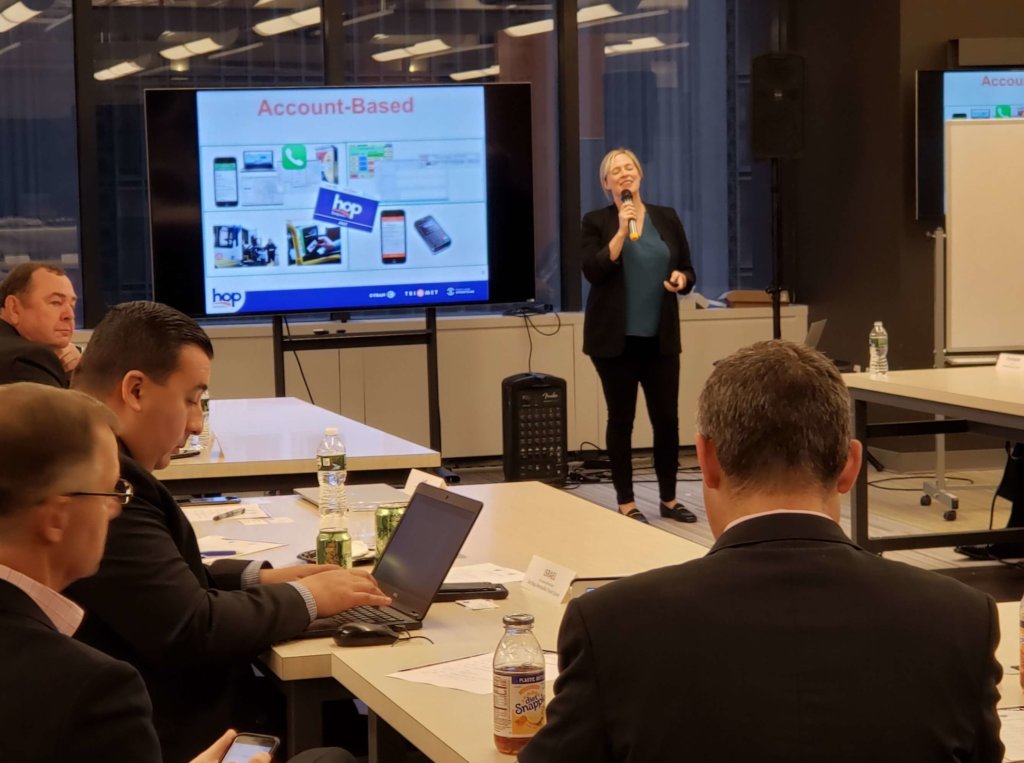 There is always resistance to change. Once you have done your due diligence in communicating with the public and stakeholders, it is time to effect that change. TriMet is doing exactly this as they phase out the popular ticketing flash pass app introduced in 2013 – a favorite among fare evaders, who “only launch a ticket when they see a fare inspector.”

Biggest takeaways from the process:

New York City Transit (NYCT) transitioned from tokens to the Metro card in 1994. Now, the city has begun to roll out an open payment system called OMNY, which launched in May 2019 on select subway stations and on all Staten Island MTA buses. 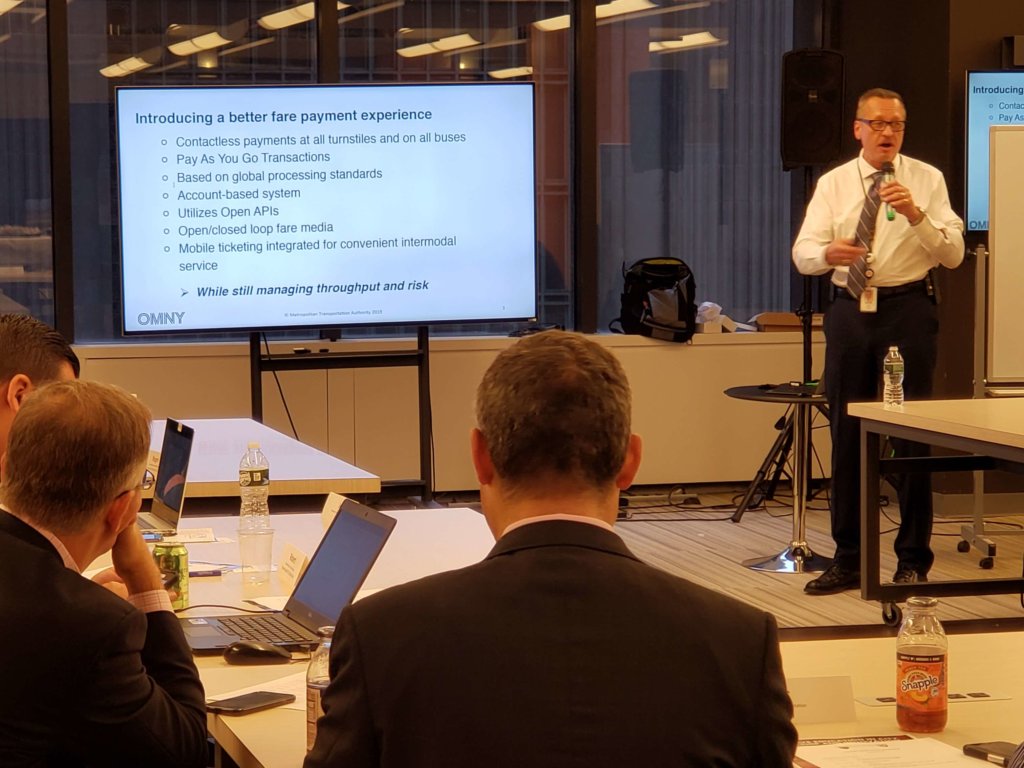 Al Putre, VP and Chief Revenue Officer for New York City Transit (NYCT) and Executive Director of OMNY Fare Payment Program at MTA estimates that there are about 80 million Metro cards in play, so the transition to open payment needs to be a painless one.

BYOC (Bring Your Own Card)

Around $1.5B in cash is processed by NYCT per year, Putre said, which has its secure facility running 25 armored cars per day. Switching to contactless fare payment will not only give commuters more choices, he added, but offer a number of other benefits to everyone involved.

Thus far, OMNY is a hit with commuters. When the system launched in May, Putre’s experts predicted between 6800-1300 transactions per week. On its first day, OMNY had 6,000 transactions despite launching at noon. The total number of taps had reached 4 million by mid-December. 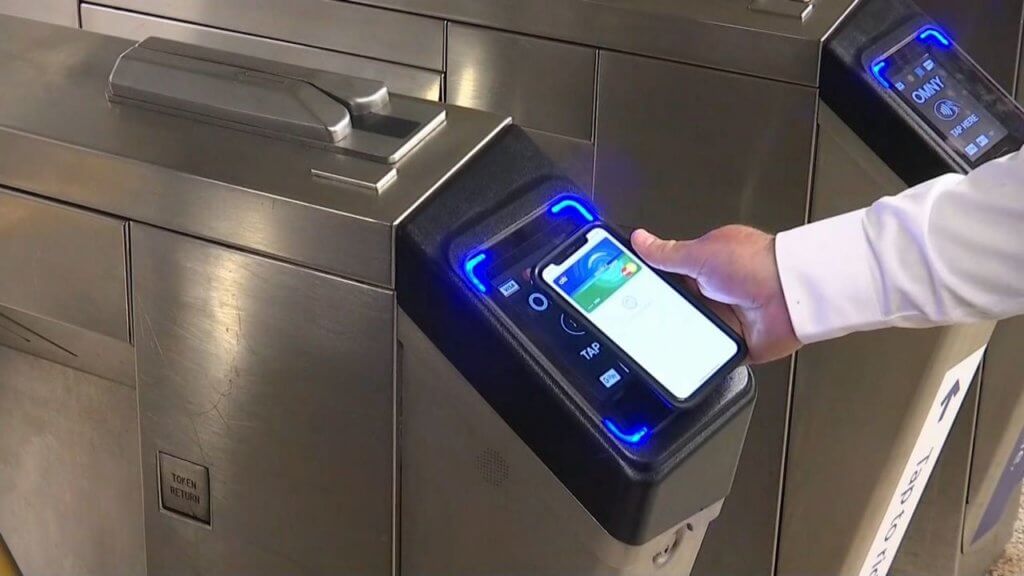 According to the current timeline, all stations and buses will be outfitted with new terminals to accept contactless bank cards by Q4 2020. In addition, MTA is planning to launch new fare media through the mobile app and retail network in February 2021. The entire legacy system is scheduled to retire by July of 2023.

Biggest takeaways from the process:

Paying for services varies significantly between retail and transit, which creates unique pain points and opportunities. Sapan Shah, Vice President of Enterprise Partnerships at Mastercard, said they are trying to build a community of agencies and cities that share information and create solutions together.

There is a commonly shared statistic that agencies have to spend an average of $14 to collect $100. Offering open payments is helping to reduce these costs on a number of levels.

In 2014, Transport for London enabled acceptance for contactless bank cards at the turnstiles The new system has decreased fare collection costs from around 14% to 9%, said, Shah.

Many agencies are turning to Public Private Partnerships (P3/PPP) to mitigate risk while keeping projects on time and within budget. 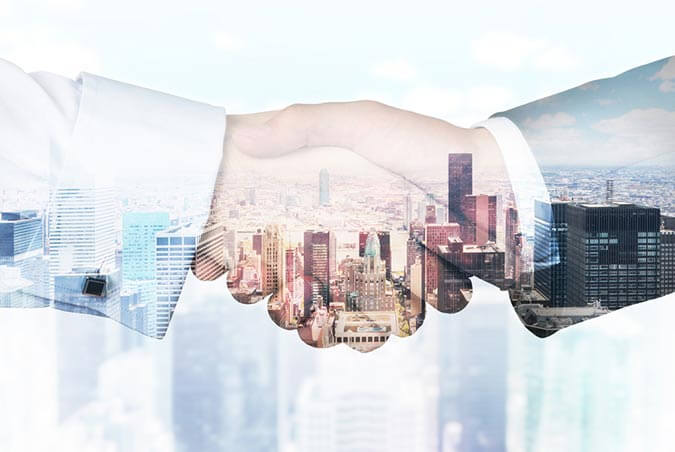 Meridiam is a long-term investor, developer, and asset manager of essential infrastructure projects. Using a 25-year fund, Meridiam has invested in about 70 projects globally, ranging from rails to bridges and courthouses.

City leaders face a number of challenges implementing any change, especially one as extensive and costly as a move to open payments. Guests shared the biggest hurdles that are currently, or have previously, stood in their way.

2. Lack of technical capabilities and/or savviness to put it together.

3. Lack of common terminology from the market on OLP acceptance and uncertainty on the potential long-term cost of acceptance.

4. Bandwidth: Agencies working with multiple clients may find it difficult to commit the time required of a major project like a fare collection overhaul.

5. Infrastructure: the cost and time required to replace legacy infrastructure are just too great.

6. Shortage of help: agencies cited a lack of access to expertise like consultants or internal agency staff, or even supply chain vendors to help tackle a large project.

As the former Division President for Mastercard in Japan, Luton observed an entire society change payment behavior within the span of a year or two. As a society, the Japanese prefer cash, he said, but in 2001 the city of Tokyo switched over to a contactless payment transit system (albeit not open payments). This method of payments didn’t tie into citizens’ existing use of credit cards, but it saved time that would normally be spent in line waiting for a paper ticket. And thus, adoption skyrocketed.

EMV contactless adoption starts with small transactions that consumers make every day, Luton advised. Once people get used to “tap and go” as a part of their daily routine, they start looking for opportunities to do it elsewhere.

There are many challenges that exist in transit fare collection, but one thing we learned during this innovation summit was that there are just as many opportunities. The power of partnership plays a significant role in bringing these opportunities to fruition. This includes connecting and learning from other cities, sharing ideas, and risk mitigation through P3 constructs.