Home Mobility in Our Cities: Challenges, Possibilities, and the Unknown Future 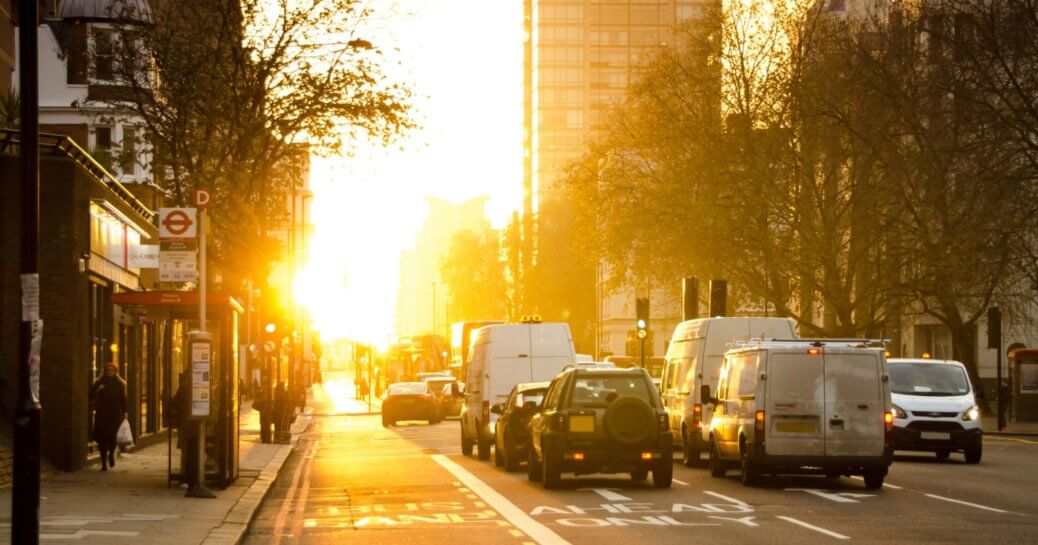 With populations on the rise, mobility in our cities is one of the major focus areas for all smart city projects. How can cities make transportation more fluid and efficient? How can they reduce congestion and pollution from gasoline engines? What alternatives to the traditional personal automobile should cities explore – and how do they get their citizens and communities on board with the new options?

Here are some key insights taken from discussions with city leaders.

#Cities around the globe are trying to move #mobility forward. Here’s a look at common #transportation problems and the many possibilities on the horizon.

Before moving forward, it is important to look at the current problems that cities are facing with transportation. The Washington D.C. metro system was used as an example by one city leader, who noted that upgrades and upkeep of the system were neglected for a long time because of lack of funding, which ultimately led to a series of sparks and fires within the tunnels.

These issues caused the city to have to shut down whole sections of tracks for months and months in order to handle repairs—which made it even more difficult for city residents to get around. As commuters started to rethink transportation methods and explore alternatives, problems compounded. Not only was the metro system facing its original issues, but it was suddenly facing reputational problems and lower revenue too.

Across the globe, city transportation systems are encountering these and other dilemmas. The big question is what can city leaders do about it now?

A discussion of what to do about transportation problems leads to the question of whose job it is to fix these problems. As it turns out, many parties are involved. Although city leaders are called on to fix the city’s transportation system, in actuality, very few cities are in charge of the transit agency in their city; they typically don’t have ultimate authority because it is run by some other public agency.

Many parties have a role in fixing broken urban transportation systems. Businesses, the community, academia, the government, utility companies—all have a hand in solving the big question of how we move people and goods around the city. This requires collaboration of all parties—from idea generation to project implementation—and finding the right player to handle each element of the project.

When looking for solutions to city mobility issues, one city leader put forward an interesting point: that many ‘solutions’ cannot actually solve problems because they are just reinventing systems and ideas that are already around and have shown that they don’t work.

For example, the company Chariot, a commuter shuttle service, received $3 million in seed funding and was later acquired by Ford for $65 million, but the idea then fizzled away. Why? Because their whole idea was simply mass transit reinvented. It is a smaller, cooler bus with Wi-Fi, but in the end, it is still just a mass transit bus. Reinventing the old will not solve our mobility problems. City leaders must think outside the box to reimagine transportation and come up with different solutions.

“Mobility is the great equalizer of the 21st century.”

There are a lot of possible transportation ideas that could improve movement in the city—possibly even too many. A hundred years ago when the automobile came out, the choice was easy: purchase a horse or purchase a car. Today we have so many different options, including app-based services, ridesharing, bike sharing, scooters, public transit, and more. How do we make sense of all these things?

City officials may be tempted to place their bets on a particular transportation method and go all-in—but it is probably best not to take this approach. It is not settled yet what the main transportation technologies will be in the future. If a city goes all-in on one specific technology and then that technology disappears, the results could be devastating for the city.

One trend that is gaining popularity is the idea of Complete Streets, where it is acknowledged that no one knows what transportation methods people will gravitate to, so all sorts of technologies are explored as potential options. This means that even if the main method of transportation currently is a personal automobile, alternatives will be made available in the city, such as bicycle lanes, pedestrian lanes, a rapid transit bus, a flex lane, and so on. If the car ever goes away or becomes autonomous, the city can swiftly adapt.

One downside is that these alternative methods of transportation may not be widely adopted. Take, for example, bicycling, which is only 0.6 percent of commuter traffic on average in the United States, and at the highest reaches a peak of 2.3 percent in Portland. A lot of time and resources have been spent to get more people to adopt bicycling as the method they use to commute in the city, but the efforts haven’t really moved the needle. That said, if a city can work to take 3 to 5 percent of cars out of rush hour traffic, this small gain will produce measurable results.

Many city leaders point to the fact that we don’t really know what forms of transportation will gain popularity in the future, so it is best to diversify. That said, they seem to agree that transportation norms will change, and that change will be largely due to younger generations who have different transportation preferences as compared to older generations.

Generation Z is the first generation to grow up in their formative years with apps and smartphones. Older members of Generation Z may own a car, but they use it a lot less than other generations who have always used a personal automobile as their main (or only) mode of transportation.

Generation Z members also work and socialize differently. They tend to socialize in the virtual world and thus take fewer trips requiring an automobile. The number of people who work remotely is growing too, which means fewer people need a car for their 9 to 5 commute. Scheduled socializing, such as Friday night happy hour, is less popular as well, and the ‘catch-if-you-can’ lifestyle means greater acceptance and usage of many different modes of transportation. In summary, there are a lot of conflicting things happening in the space of transportation right now, but city leaders should be prepared to see a noticeable shift as the future plays out.

Mobility in Our Cities: The Importance of Data

While city leaders suggest that there will be a shift in transportation preferences, they are also careful to reiterate that at this moment in time we don’t know what forms of transportation will be dominant in the future. Because of that, city officials shouldn’t try to make guesses and go all-in on a particular mode of travel. Each city should determine its course of action by reviewing the data and listening to its community.

To illustrate this, one city official brought up the example of Crystal Pepsi, a product released in the 90s that ended up being a flop. Company executives thought they knew what people wanted and needed—that consumers were looking for something clean, cool and clear, so they could repackage their traditional carbonated beverage to have these characteristics. However, Crystal Pepsi died because it actually wasn’t what the people wanted at all. The company thought they knew what the people wanted, but they were absolutely wrong.

City officials are cautioned not to follow in the same footsteps. Most leaders don’t exactly understand the patterns and behaviors of people today, and the way that they want to live. Creating smart city mobility options that will resonate with the community will require understanding their attitudes and behaviors then adjusting city systems to make them work better for the people.

As such, city officials can use smart city technology (sensors, smartphones, etc.) to gather insights on mobility within the city, such as road conditions, patterns, how many people move through intersections, what modes of transportation are being used, etc. As cities explore different projects and pilots, they should also not be afraid to fail, but instead fail fast, learn from it, and iterate. The key to success is exploring many possibilities, and making these new transportation options open and available to the community so people can try them out and provide feedback.

As cities review their unique transportation issues and brainstorm possible solutions, there are three things to keep in mind when embarking on mobility projects. First is the importance of access: what transportation methods exist and can citizens easily access then? Second is assurance: will the transportation always be there and is it reliable? Finally, city officials should consider attitude, namely, how can the city help to inspire and invigorate the community to embrace new technology and change their behaviors?

As one city leader noted, “A smart city is one that has equitable access to smart technology.” When city officials consider access, assurance, and attitude in their mobility plans, they must take into account all members of the community in order to create an intelligent transportation system that positively impacts the quality of life of all citizens.