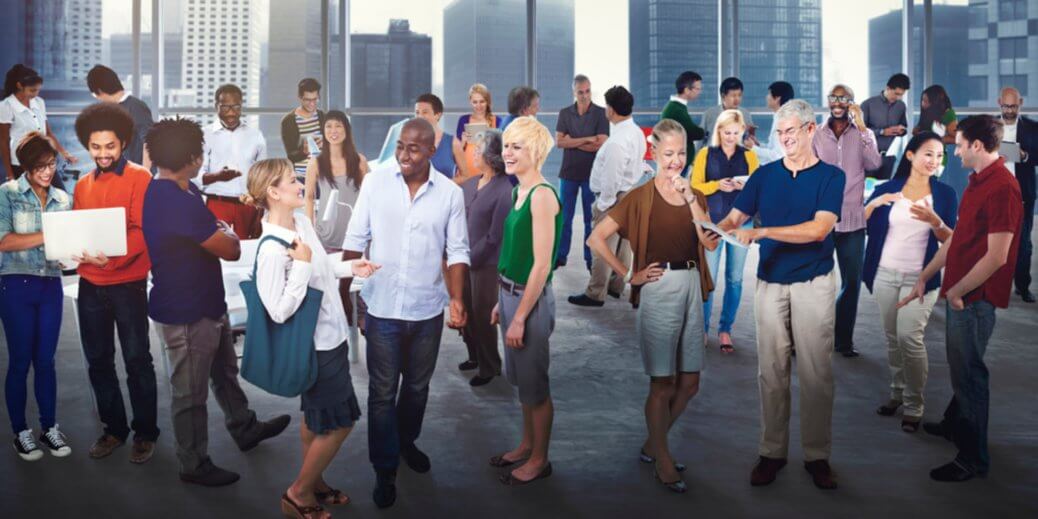 Civic innovation may not have one single definition, but when broken down to the components of ‘civic’ and ‘innovation’ we may broadly agree that it has something to do with finding new solutions to problems that impact citizens. Here we explain the various angles by which leaders may inspire civic innovation in their cities, with stories from Toronto, Canada, The Hague, Netherlands, North Greenwich, UK, and Guarulhos, Brazil.

Check out how #cityleaders are inspiring #civicinnovation around the globe! Examples from Toronto, The Hague, North Greenwich, and Guarulhos. Click To Tweet

Inspiring the Organization in Toronto 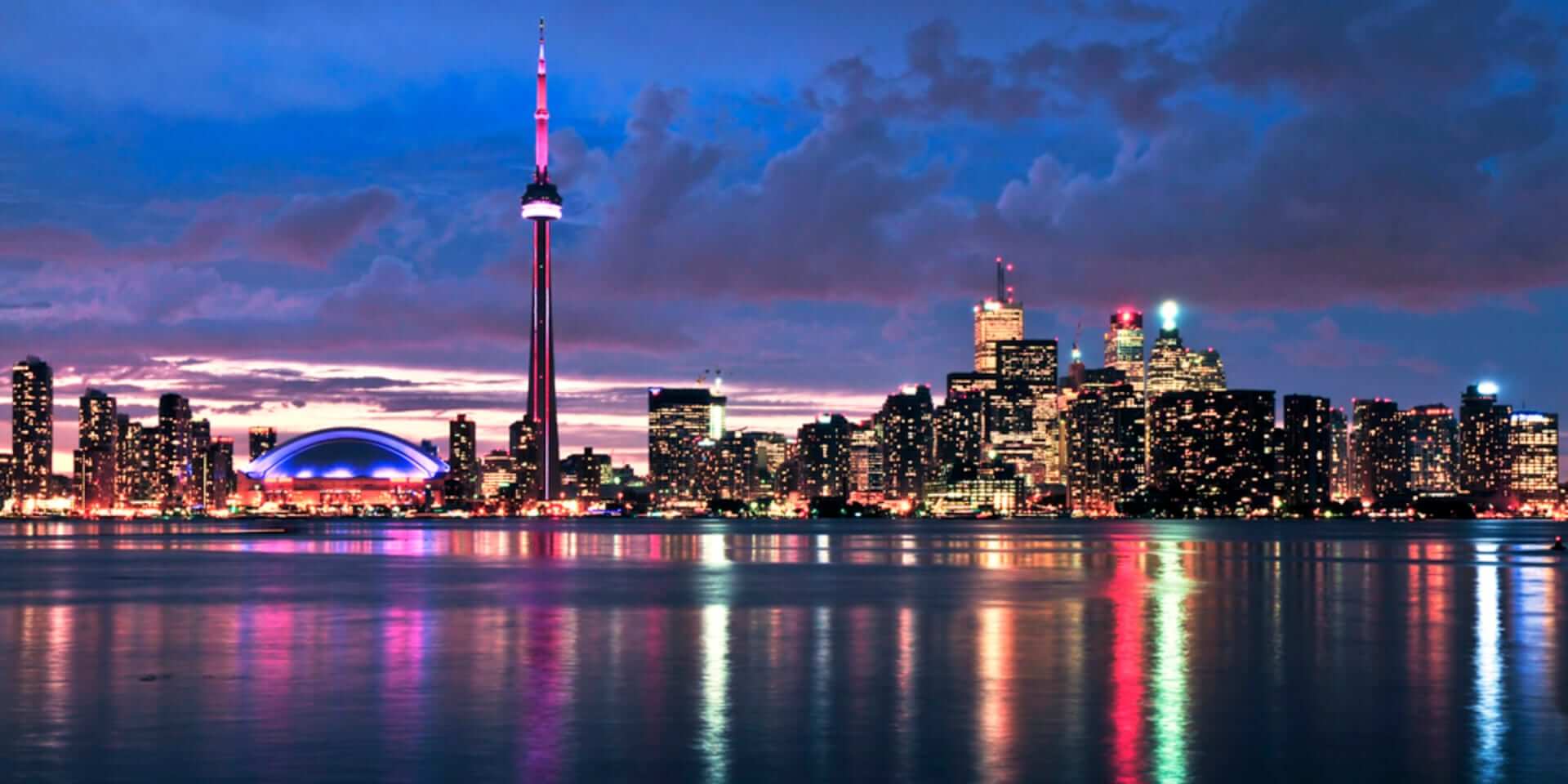 The Toronto story, shared by Grant Coffey, demonstrates how inspiration can come from changing the mindset and conversations within the city organization. The spark for this change happened when the city bid on a Smart City Challenge run by the government of Canada. The Challenge brought all 44 departments within the city of Toronto together, with people having conversations about what they could develop and how they could put their ideas into submission. “Unfortunately, Toronto was not successful in our bid for the Challenge,” says Coffey, “but it gave us the context to continue the conversation.”

The Challenge inspired a number of smart city initiatives in various departments; however, one problem is that these projects were not aligned, so it was hard to understand how they could work with each other. In response, Toronto has developed a new smart city framework that includes a common definition of ‘smart city’ and a vision for what projects the city will work on. Click To TweetNow, representatives across all divisions of the city government are having productive conversations internally and with the external community that helps them work together on common goals.

Inspiring the Private Sector in The Hague 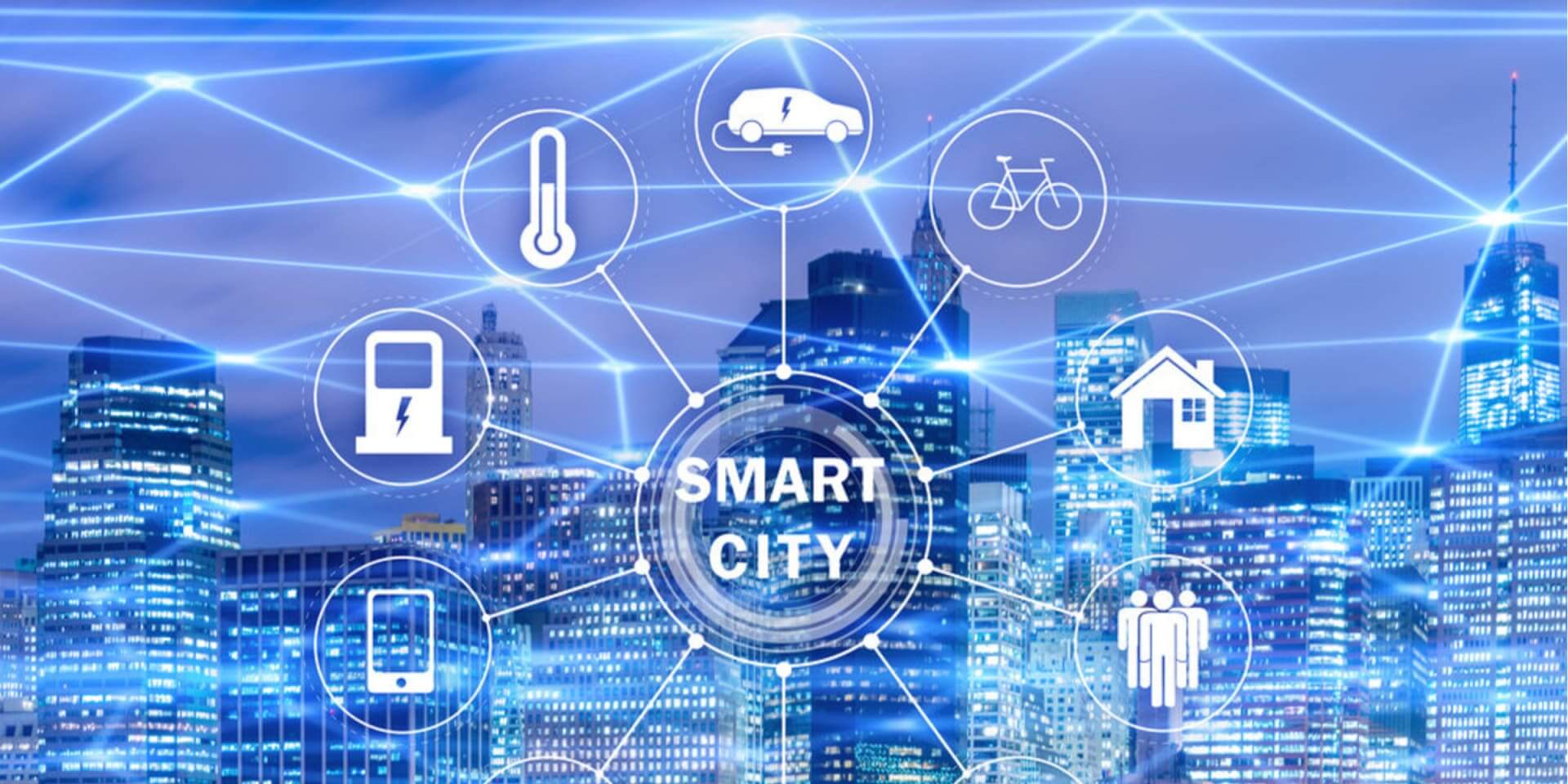 City leaders in The Hague are working on a large redevelopment project in the coastal area. The project involves installing digital infrastructure, including integrating 5G within urban planning and using light posts to house sensors and cameras that can support various use cases.

As Marijn Fraanje explains, the city didn’t do the project alone but instead set out to get an R&D contract with private companies. One of the main energy companies stepped in, which attracted other investments from companies such as T-Mobile too.

“Putting down the infrastructure is not going to bring any return on investment, so you have to combine the different cases; otherwise you’ll never be profitable,” explains Fraanje. The city has identified 147 use cases that could be pursued, and it has seen a lot of enthusiasm from the private sector, which is knocking at the door, hoping they can buy or lease the infrastructure and contribute to civic innovation. 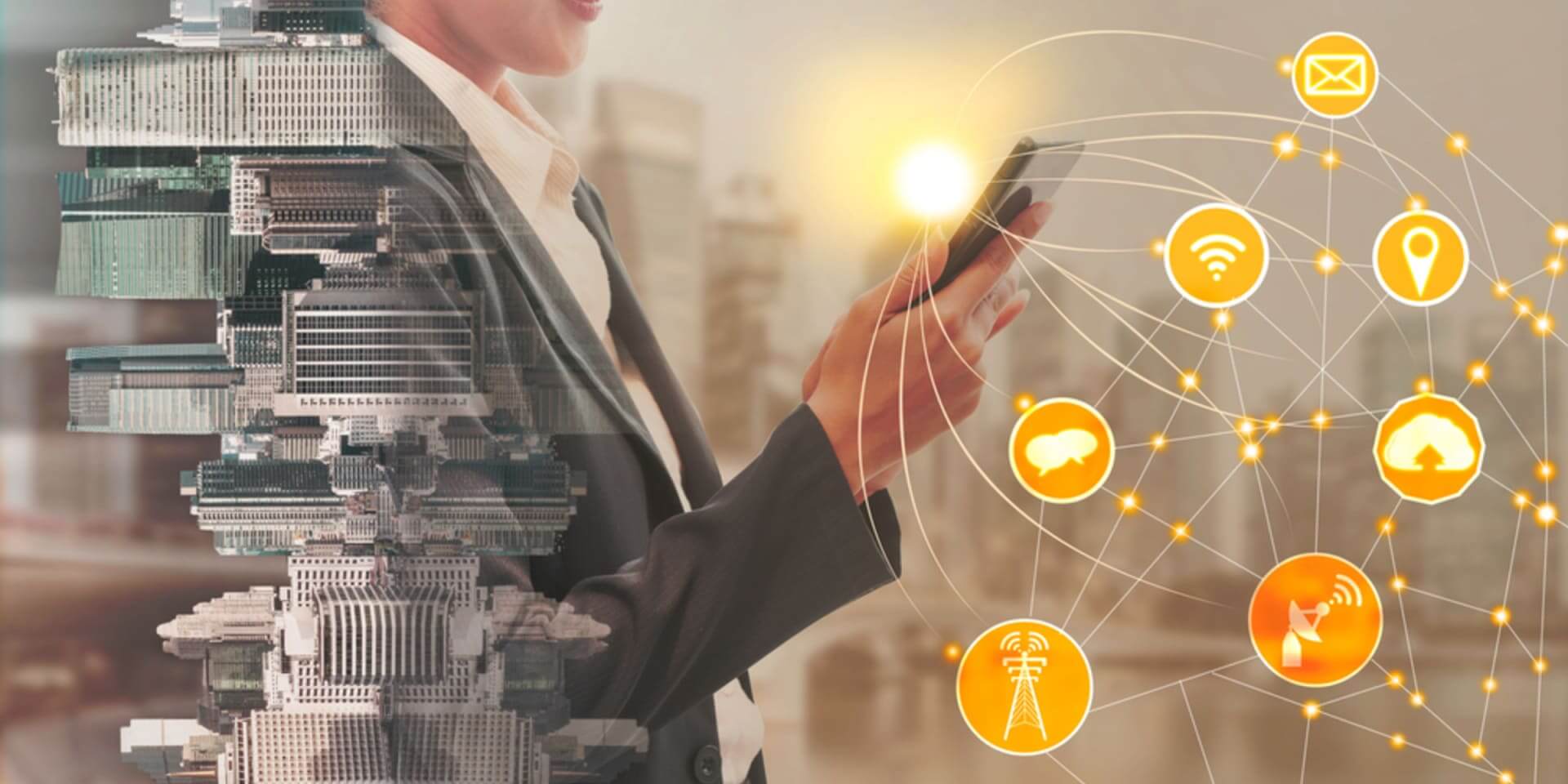 The Royal Burroughs of Greenwich is one of 33 London boroughs, with a history of innovation. The city is currently undergoing a great deal of city transformation. While it was once a huge industrial driving force in the UK, 150,000 jobs have left in one generation. Trevor Dorling, a representative from North Greenwich, faces this optimistically. “That’s left a lot of lands to do a lot of exciting things with.”

“That’s left a lot of lands to do a lot of exciting things with.” – Trevor Dorling, North Greenwich

The strategy in North Greenwich is to inspire civic innovation with proper planning. The city has produced a strategy—a roadmap that states what the city is trying to achieve. There have also been a series of strategic pilots to demonstrate what is possible, and the city even set up a company to help improve the delivery structure of projects. Having the company means that North Greenwich has a dedicated team to think about civic innovation—one which can keep on working even if there isn’t buy-in from a particular city mayor. Click To Tweet

Inspiring the Community in Guarulhos

In Guarulhos, Brazil, city leaders are taking steps to inspire civic innovation from the citizens and the community itself. As Rodrigo Barros explains it, there are two necessary components to do this. First, the city needs to be very transparent and honest in talking about city challenges with the community. Second, the city has to encourage citizens to become part of the solution. They are making progress through a variety of local events.

One example is a three-day event that the city runs and which is focused around a particular theme each year. The city has held four such events, and the topics have been health, mobility, security, and education. Before the event, they bring people in the community together to explain the challenges the city is facing around that topic. Then, during the event, students, professors, entrepreneurs, employers, and public workers all come together to discuss that subject, including a pitch contest for startups.

The city also engages young kids (7-12 years old) through an event called Scratch Day, where the kids play educational and computer games that help them think about technology solutions. The city also holds hack-a-thons where young people participate in two-day challenges. “We engage everyone,” says Barros. And by engaging the community, these engaged citizens go on to engage their parents, teachers, friends, and others through conversations about their experiences and posts on social media. 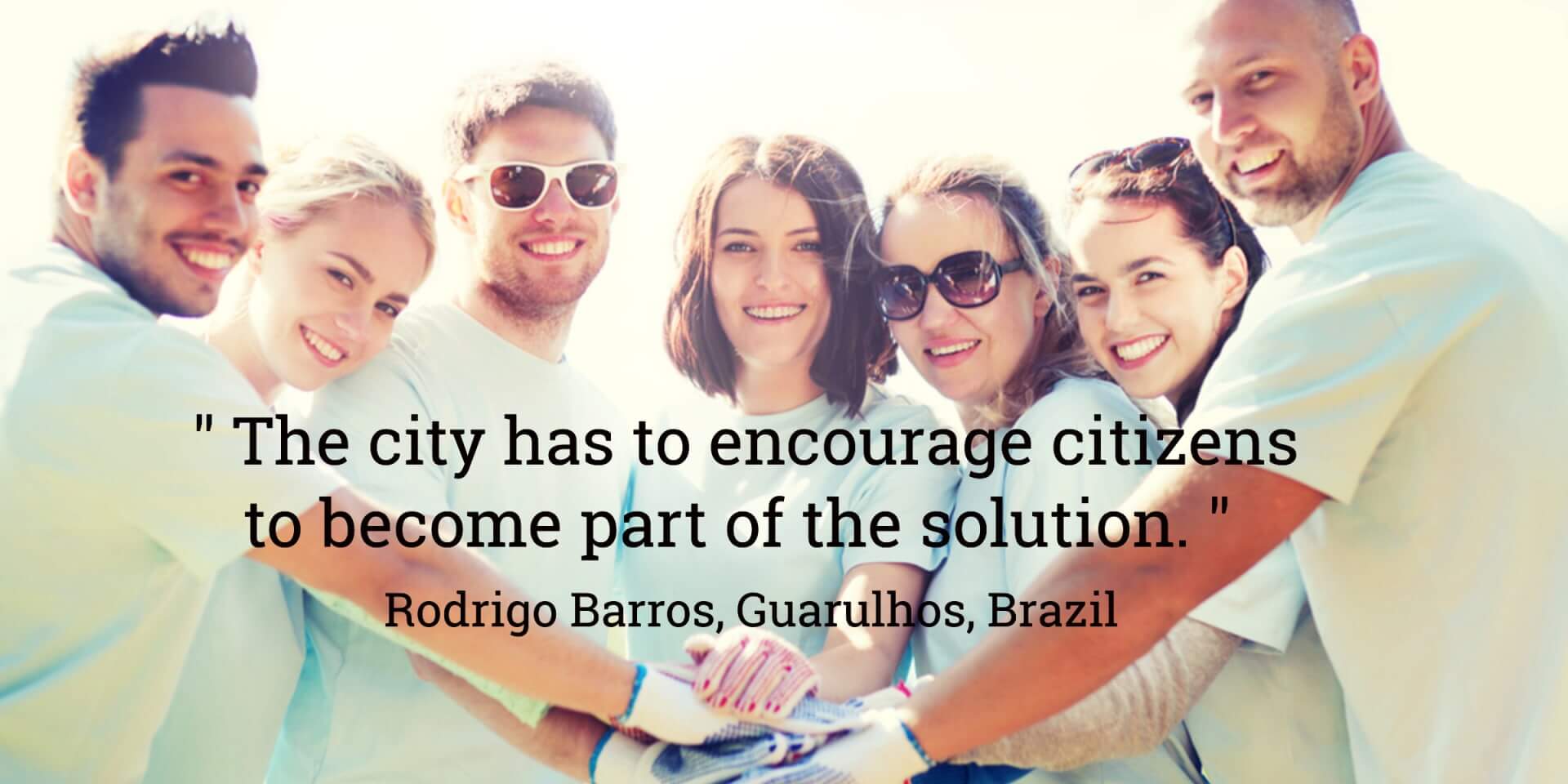 How does a city inspire civic innovation—creative ideas that solve problems faced by city residents? As these global stories demonstrate, inspiration is a seed that can be planted anywhere. City leaders who want to get people inspired to tackle city challenges can look inside the organization, to the private sector, to planning documents and structure, and to the citizens themselves.