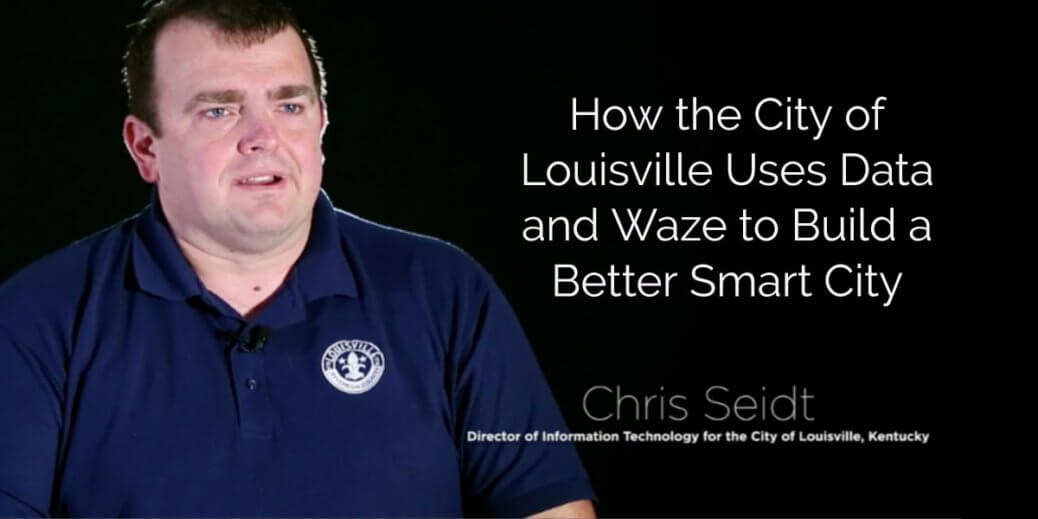 “In God We Trust. Everybody Else Bring Data.”

This is the tenet of the leadership team in the City of Louisville, KY, says Chris Seidt, Director of Information Technology. As such, their mayor relies heavily on data, as does the rest of the team, to support the decisions they make to ensure they are being good stewards with the taxpayers’ money and moving in a direction that is best for the overall community.

@ChrisSeidt shares how @CityofLouisville uses #data to make better decisions for their #smartcity.

In addition to data, Louisville has also greatly depended on the public-private partnerships they’ve been able to form.  “We don’t have budget allocations given directly for smart city work in Louisville, so we have to be really creative in finding those partnerships with the city agencies that do have budgets that we can help to modify an existing project or proposed project to add the smart city elements,” explains Seidt.

One great example of the integration of data with outside partnerships is what the City of Louisville has been able to achieve through the Waze Connected Citizen program. Through their Open Government Coalition, Louisville worked extensively with Waze and other cities to source code that other communities could use to deliver services around transportation and mobility. Waze was already collecting an immense amount of data around travel speeds, accidents, obstructions in the road and other things relevant to city operations.

By providing them with information relative to navigation, like upcoming lane closures or roadway shutdowns for repaving, they could integrate that information to map routes that allowed customers to avoid interruptions to their travel.

In return, Waze provides Louisville anonymized aggregated data on things like traffic congestion, which allows Louisville to make better, more cost-effective decisions that have a greater impact on their city. A perfect example would be the impact that data from Waze had on an ongoing interstate ramp back up the city was experiencing.

Every day a particular interstate off-ramp would back up onto the expressway and traffic engineers were getting complaints from drivers for months. The timing of the lights at that intersection looked right, so they were stumped. Typically, the next step would be to do a traffic study, which costs the city money and may or may not provide the insight needed to resolve the issue. Fortunately, the data Waze was able to provide gave the city a bigger view and the ability to look a little further out than just that one corridor. What they found was that about a quarter-mile away from the problematic intersection there was a traffic signal that was holding traffic for no reason. The city was able to make a quick timing change to that light and resolve the issue.

Data visualization tools, which have come a long way over the last few years, also greatly lend to Louisville more effectively using the data they collect. Layering multiple types of data and putting them into meaningful visualizations that both engineers and citizens can understand, has had a great impact on their ability to utilize data better. “You’re using the same data points, but you’re able to paint a different picture,” Seidt explains.

For the City of Louisville, data will continue to be a driving force helping them to make better, more cost-effective decisions on their smart city journey.